New Delhi: Finnish handset maker Nokia on Monday said it will have to look for another buyer for its Chennai manufacturing unit if it cannot transfer the plant to Microsoft due to the tax row with the government.

Theincome taxdepartment has claimed that Nokia owes the government more than Rs 21,000 crore even as the Finnish firm offered to pay over Rs 2,000 crore to Indian authorities in a bid to save its deal with Microsoft.

US software giant Microsoft had in September agreed to acquire Nokia's devices and services business for $7.2 billion. The Chennai unit, which employs about 8,000 persons, was part of the deal. 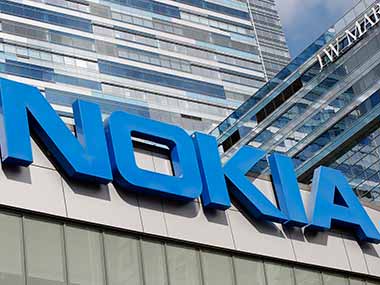 However, the unit may have to be segregated if the tax row is not settled before December 12 and Nokia may then look at providing contract manufacturing services to the US-based company for about a year, a senior Nokia official said.

Since the facility will have no use for Nokia post the Microsoft deal, they will try to find another buyer for it, the official said.

The I-T department has informed Delhi high court thatNokia IndiaandNokia Corporationtogether have a tax liability adding up to Rs 21,153 crore (existing and anticipated), including penalty for a seven-year period from 2006 to 2013, reported Times of India.

This amount has been claimed on the grounds that the mobile manufacturer does not discharge its TDS liability on royalty payments and is not entitled to any deduction under tax laws for operating from a special economic zone (SEZ).

Nokia on Monday also offered the government that it will deposit Rs 700 crore so that it can fight the case, besides its offer that if authorities allow sale of Chennai unit the firm will deposit the cash generated out of it with them, which will be a minimum Rs 2,250 crore.

"We will do our best to get this deal done. But, we also agreed with Microsoft that if the assets are not transferred to them then we will for concessional period offer contract manufacturing services out of the factory assets and by doing so we will try to secure employment for as many employees possible.

"Given that Nokia will not be needing this assets for its own future operations, we will need to seek to try to find another buyer for this asset here," the official said.

The official said that the company "disputes" the tax claims that have been issued to them.

"It will be in the best interests of the employees and tax officials because what we are offering them is that we will be replace the Chennai factory with cash proceeds that we will receive by selling it to Microsoft.

"We have committed that cash amount will be a minimum of Rs 2,250 crore and if you look at this from a numbers point of view, the case and the claim, is for approximately Rs 2,080 crore," the official added.

Presently, Nokia is trying to enable the de-freezing of the factory assets for its sale to Microsoft.

"We have already today agreed to deposit Rs 700 crore to be able to take this claim and go through court proceedings over the next few years, taking the total amount to almost Rs 3,000 crore. This is higher than the original tax claim," the official said.

The smartphone maker said it will continue to search for "any and all reasonable ways" for the transfer to happen, but stressed that "court proceedings is the best channel to find a resolution".

The company added that it will ensure the best for its employees at the Chennai manufacturing factory.

"Nokia is a responsible employer and in any scenario we will do our best to find a good outcome for our employees in India and the good outcome will be to transfer the asset to Microsoft.

"We have made a reasonable offer to the tax authorities to exchange the factory with cash and put it in an escrow account. It is a better form of security. But if transaction value is higher than that, we will put in that amount in the account," the official said.

Established in 2006, Nokia's Chennai-plant employs about 8,000 people with 20 per cent of them women and about 30,000 sub-contractors. It includes productions lines, maintenance & assembly and testing operations.