By Tetsushi Kajimoto TOKYO (Reuters) - An overwhelming majority of Japanese firms see no need for the Bank of Japan to ease policy further this year, a Reuters survey showed, despite speculation the central bank may do so as early as this month as economic pressures mount. 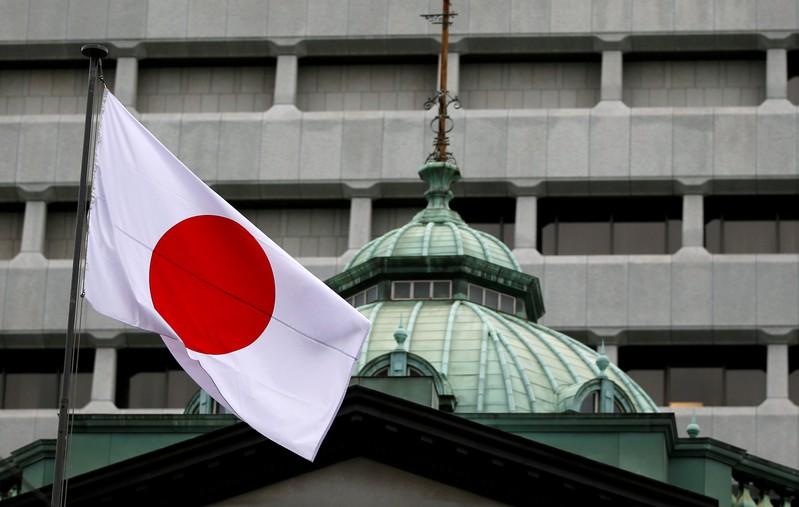 TOKYO (Reuters) - An overwhelming majority of Japanese firms see no need for the Bank of Japan to ease policy further this year, a Reuters survey showed, despite speculation the central bank may do so as early as this month as economic pressures mount.

Expectations are growing that the BOJ could expand its massive stimulus this year to cushion the impact on Japan's export-reliant economy from the U.S.-China trade war and weakening global demand.

Rises in the yen resulting from monetary easing by other major global central banks could also prompt the BOJ into additional easing, the survey showed.

A separate Reuters poll this week showed nearly a fifth of economists say the BOJ could ease as soon as its July 29-30 rate review, if an expected rate cut by the U.S. Federal Reserve this month triggers a sharp rise in the yen. The Fed will issue its next policy decision on July 31.

But 88% of Japanese firms said no additional easing was needed this year, while 12% called for more stimulus, the Reuters Corporate Survey published on Friday showed.

Years of aggressive BOJ easing have already pushed borrowing costs to or below zero, straining commercial banks' margins and leaving it with much little ammunition to counter another economic downturn.

But it could still pull the trigger if a planned sales tax increase in October batters consumer spending or if overseas interest rate cuts roil the currency market.

"I expect the BOJ will wait to see any impact from the sales tax hike before judging whether further easing is needed," said Takehiro Noguchi, senior economist at Mizuho Research Institute.

"A rapid yen appreciation stemming from the U.S.-China trade friction and/or rate cuts by the U.S. and European central banks could be a risk factor. If that happens you cannot rule out the possibility of the BOJ deepening its negative interest rates."

Respondents who believed there should be further easing cited weak private consumption, the risk of yen rises from Fed and ECB easing, and the U.S.-China trade war.

The survey, conducted July 1-12 for Reuters by Nikkei Research, canvassed 504 big and midsize companies, of which around 230-260 firms responded on condition of anonymity.

The sales tax rise to 10% will bring in revenue to help pay for the ageing society's bulging welfare costs and rein in Japan's massive public debt.

But the previous rise to 8% from 5% triggered a deep economic slump, causing Prime Minister Shinzo Abe to twice delay the next increase.

While the government has put in some measures to cushion the blow to consumers, and Abe has repeatedly pledged to go ahead barring a big economic shock, investors are watching for any signs of delay again given rising pressure on businesses.

If the tax hike is scrapped, 21% said the positives would outweigh the negatives, while 10% anticipated a larger negative impact.

Roughly two-thirds said the impact would be neutral with or without the sales tax hike.

"If the tax hike dampens the economy, that would be bad. But if it's ditched, that would hurt fiscal discipline, which could in turn boost dollar-funding costs for Japanese firms and damage the economy even more," wrote a manager for a service company.