TOKYO (Reuters) - Nissan Motor Co's jailed ex-chairman, Carlos Ghosn, vowed to restore his good name in court after a month in detention, Japanese public broadcaster NHK said on Friday, quoting his lawyer. 'Things as they stand are absolutely unacceptable,' Ghosn was quoted as saying via his lawyer. 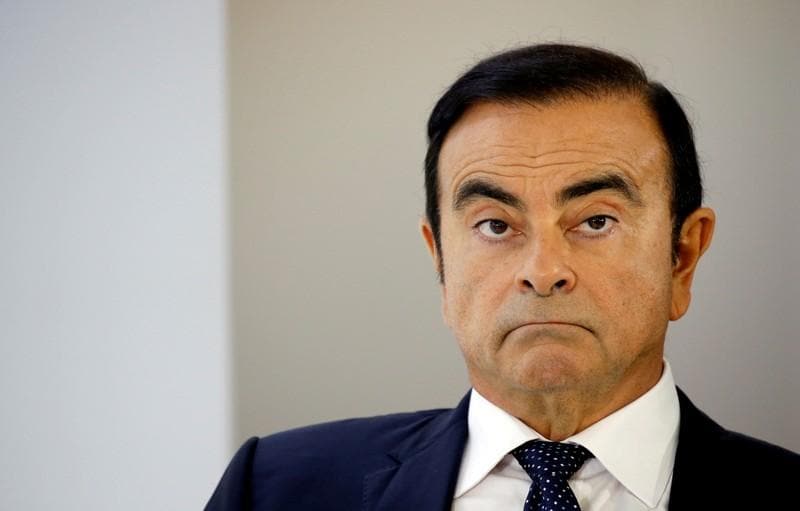 "Things as they stand are absolutely unacceptable," Ghosn was quoted as saying via his lawyer. "I want to have my position heard and restore my honour in court."

It was Ghosn's first comment since his arrest on Nov 19 for allegedly understating his income by about half over a five-year period from 2010. He was later charged with the same alleged crime covering the past three years.

A call to the office of his lawyer, Motonari Otsuru, went unanswered outside business hours early on Friday. The lawyer has previously declined to return calls for comment on the Ghosn case.

A Tokyo court on Thursday unexpectedly rejected prosecutors' request to extend Ghosn's detention, which Japanese media said means he could go free on bail as early as Friday.

Ghosn wants to hold a news conference after he is released, NHK quoted his lawyer as saying. The executive, who formed a carmaking alliance among Nissan, Mitsubishi Motors Corp <7211.T> and France's Renault SA

The Ghosn case has put Japan's criminal justice system under international scrutiny and sparked criticism for some of its practices, including keeping suspects in detention for long periods and prohibiting defence lawyers from being present during interrogations, which can last eight hours a day.