By Yuka Obayashi and Yoshiyasu Shida TOKYO (Reuters) - Japan's top steelmaker Nippon Steel & Sumitomo Metal aims to boost crude steel output to nearly 11 million tonnes a quarter in the year from April 1, after system troubles cut production and its profit outlook this year, a senior executive said. 'We should be able to produce 11 million tonnes of crude steel a quarter, but actual output has been falling short of it in the past few years,' Nippon Steel Executive Vice President Katsuhiro Miyamoto told Reuters in an interview on Friday. 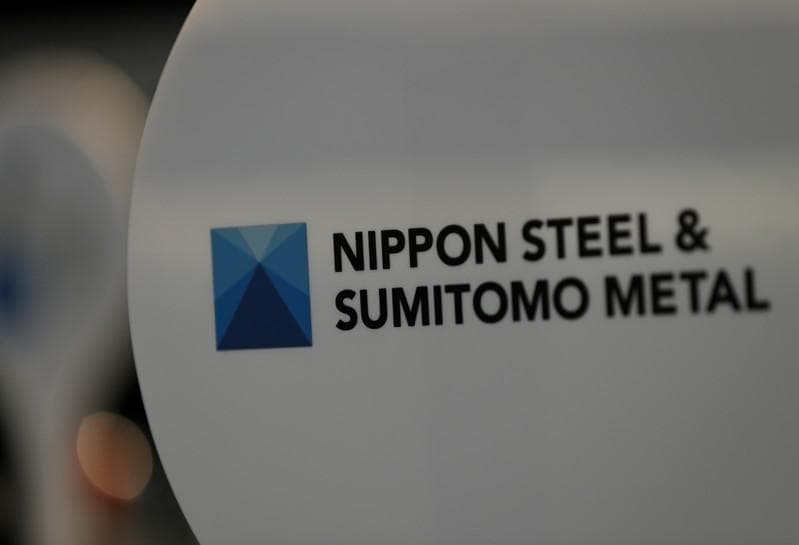 By Yuka Obayashi and Yoshiyasu Shida

"We should be able to produce 11 million tonnes of crude steel a quarter, but actual output has been falling short of it in the past few years," Nippon Steel Executive Vice President Katsuhiro Miyamoto told Reuters in an interview on Friday.

The average of estimated quarterly output for the financial year ending on March 31 comes in at 10.3 million tonnes.

"We plan to increase our crude steel production next year from this year, which will be a key factor to grow our profits," Miyamoto said.

Earlier this month, the world's third-biggest steelmaker by crude steel output, warned that its annual profit for the 2018/19 financial year would be 6 percent less than previously forecast, citing lower crude steel output.

Technical troubles at its mills, including Oita and Wakayama in western Japan, were due to mixed factors, he said, citing lower quality of raw materials, ageing facilities, and heavier strain on its systems in processing harder and more advanced products such as high tensile steels.

To fix the problems, Nippon Steel has conducted routine maintenance more often and started operating a new blast furnace in Wakayama this month, replacing a 31-year-old blast furnace, which had been the world's oldest blast furnace in operation.

"The Oita is back in full operation, while the Wakayama's new furnace is on track for ramp up," Miyamoto said.

Japanese steelmakers are enjoying solid domestic demand from automakers and the construction sector, which is busy with projects for the 2020 Tokyo Olympics. But natural disasters and glitches have prevented them from producing as much steel as they had planned.

Also, steelmakers worldwide are facing higher prices of iron ore after a tailings dam burst at a mine owned by Vale, killing an estimated 300 people in Brazil's deadliest mining disaster.

"We assume things will stabilise after other types of tailing dams used in other mines are recognised to be safe," Miyamoto said, without specifying a timeframe.

Nippon Steel, which buys about 30 percent of its iron ore from Brazil, has not seen any impact on its procurement in terms of volume, he said, although surging prices are a concern.

He expects the prices will gradually regain stability.

"Vale is capable to increase output as it has other mines in northern Brazil, and other miners also can bolster production," he said.