By Libby George LAGOS (Reuters) - A British judge has said he will grant a firm called Process and Industrial Developments Ltd (P&ID) the right to attempt to seize some $9 billion in assets from the Nigerian government over an aborted gas project. The company was awarded $6.6 billion in an arbitration decision over the failed 2010 project to build a gas-processing plant in the southern Nigerian city of Calabar. 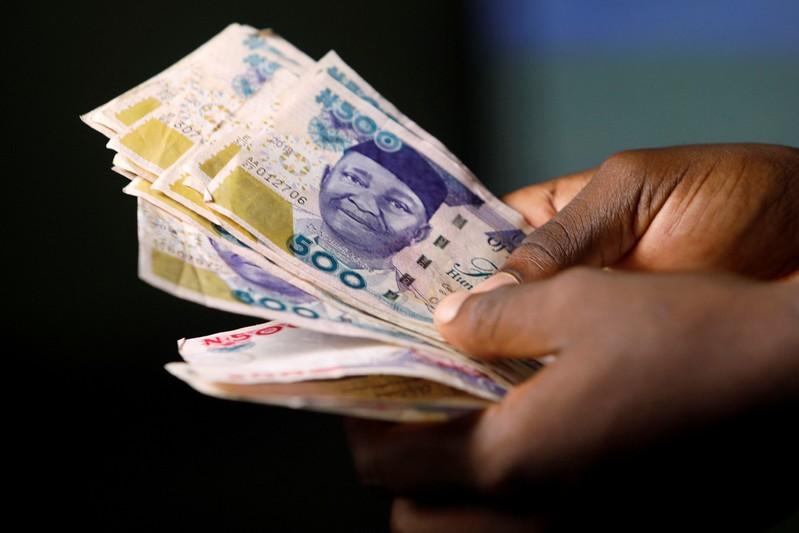 LAGOS (Reuters) - A British judge has said he will grant a firm called Process and Industrial Developments Ltd (P&ID) the right to attempt to seize some $9 billion in assets from the Nigerian government over an aborted gas project.

The company was awarded $6.6 billion in an arbitration decision over the failed 2010 project to build a gas-processing plant in the southern Nigerian city of Calabar. With interest, the sum now tops $9 billion - 20% of Nigeria's foreign reserves.

Nigerian officials vowed not to surrender any assets.

WHAT IS AT STAKE?

P&ID can target real estate, bank accounts or any kind of moveable wealth, but it has to prove that the property is unrelated to Nigeria's operations as a sovereign state.

"The onus will be on the claimant to prove that the property is exclusively in use for commercial purposes," Simon Sloane of law firm Fieldfisher said. "It's quite a difficult hurdle to overcome."

State assets that have any diplomatic function - such as a commercial property that is also used to issue visas - cannot be seized.

But state asset seizures "happen all the time", said James Langley, a partner with international law firm Dentons and an expert in arbitration.

In a 2008 case against Chad, a UK judge ruled that proceeds of oil sales held for the purpose of making repayments to the World Bank qualified as commercial assets.

And in 2018, a U.S. judge cleared the way for a Canadian mining firm to target shares in a U.S. oil refinery owned by state oil company Petroleos de Venezuela SA (PDVSA) over an arbitration debt owed by Venezuela.

The Nigerian government holds bank accounts in foreign jurisdictions including Britain. Nigeria's state oil firm NNPC also owns some of the oil cargoes that sail from the country's shores. Ultimately, a judge would have to rule on whether any individual asset was subject to seizure.

The Aug. 16 ruling converts the arbitration award to a judgement, giving it the same force as a British court ruling. This would be recognised across the European Union as long as Britain remained a member.

Sloane said Nigeria's best protection would be to ensure it had no significant commercial assets in any jurisdiction that could be exposed to an asset execution.

But the arbitration award itself also allows P&ID to seek to seize assets in any of the 160 countries that are part of the New York Convention - a global pact for the recognition and enforcement of arbitration awards.

Sloane and Langley said there was a long history of successful asset seizures using the New York Convention.

WHAT ARE NIGERIA'S OPTIONS?

Nigerian officials said they would appeal. In Britain, their prospects are limited, experts told Reuters.

"Nigeria would have to apply to set aside the order for enforcement and that may be difficult to achieve," Langley said.

A set-aside request would have to prove there was an error in the ruling. Langley said the judge's decision was not legally controversial.

Lawyers representing the Nigerian government argued the award should not be enforced because England was not the correct place for the case, and even if it were, the amount awarded was "manifestly excessive".

Nigeria successfully applied to have the award set aside by the Federal High Court in Lagos.

But in English law, judges do not typically review either the decision on the seat of arbitration or the underlying award once the window for appeal has passed, Sloane and Langley said.

Nigerian Information Minister Lai Mohammed said there was no imminent threat to Nigeria's assets while the case was underway.

But once the court makes its judgement into an order, which is expected in September, P&ID could start targeting assets.

To delay this, Nigeria would also have to request a stay of enforcement while the set-aside request is considered. A set-aside request ruling is quick in legal terms - a matter of weeks or months rather than a year or more, Langley said.

IS $9 BILLION AN UNUSUALLY LARGE AWARD?

Arbitration awards in the billions are not uncommon. Langley said the method used to determine the figure, based on expected earnings over the life of the contract, was standard for commercial arbitration.

A co-founder of P&ID testified during the arbitration that the company spent $40 million before the project failed, but Langley said the sum was not necessarily relevant.

The award, Langley said, is "just a function of the kind of contract this was", reflecting potentially large profits.

Parties at this stage would typically reach a settlement that is often well below the award, the experts said.

WHAT IS NIGERIA DOING?

In addition to fighting the UK ruling, Mohammed said Nigeria "will strongly avail itself of all defences customarily afforded to sovereign states ... to stave off any enforcement of the award".

Nigeria is also fighting a P&ID effort to convert the arbitration award to a judgement in a U.S. federal court.

The information minister made no mention of seeking a settlement.

The government has also asked its anti-graft agency, intelligence agency and police inspector general to investigate P&ID and the circumstances surrounding the deal, which, it said, "includes commencing a full-scale criminal investigation".

In a statement, P&ID said government allegations that the gas project was designed to fail were "entirely fictional" and "will not make the legal obligation to pay go away."