Next round of U.S. tariffs on China at least a month away: Mnuchin

By Jason Lange and Michael Martina WASHINGTON/BEIJING (Reuters) - The United States is at least a month from enacting its proposed tariffs on $300 billion in Chinese imports as it studies the impact on consumers, U.S. Treasury Secretary Steven Mnuchin said on Wednesday. Washington this month hiked existing tariffs on $200 billion in Chinese goods to 25% from 10%, prompting Beijing to retaliate with its own levies on U.S 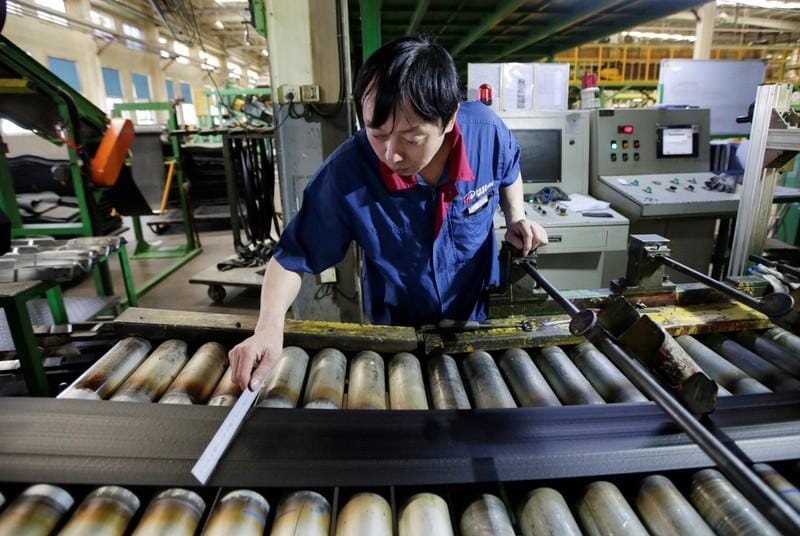 By Jason Lange and Michael Martina

WASHINGTON/BEIJING (Reuters) - The United States is at least a month from enacting its proposed tariffs on $300 billion in Chinese imports as it studies the impact on consumers, U.S. Treasury Secretary Steven Mnuchin said on Wednesday.

Washington this month hiked existing tariffs on $200 billion in Chinese goods to 25% from 10%, prompting Beijing to retaliate with its own levies on U.S. imports, as talks to end a 10-month trade war between the world's two largest economies stalled.

U.S. President Donald Trump, who has embraced protectionism as part of an "America First" agenda aimed at rebalancing global trade, has threatened to slap tariffs of up to 25% on an additional list of Chinese imports worth about $300 billion.

"There won't be any decision probably for another 30 to 45 days," Mnuchin said in a hearing before the U.S. House of Representatives Financial Services Committee.

A 30-day window would represent an accelerated schedule compared to previous rounds of U.S. tariffs and would mean that the next batch of levies would be ready when Trump meets Chinese President Xi Jinping, as expected, at a G20 leaders summit in Japan on June 28-29.

"I'm still hopeful we can get back to the table. The two presidents will likely see each other at the end of June," Mnuchin said, adding that the impact of tariffs on American consumers was a key consideration in the U.S. trade strategy.

Walmart Inc, the world's largest retailer, has said its prices will rise because of higher tariffs on Chinese goods.

Mnuchin said the Trump administration is open to holding new talks with China if the two sides can proceed on the basis of previous negotiations.

No talks between top Chinese and U.S. negotiators have been scheduled since the end of two days of discussions in Washington on May 10, the same day Trump imposed the higher levies on Chinese goods.

The seeds of the current stalemate were sowed earlier this month when Chinese officials sought major changes to the text of a proposed deal that the Trump administration says had been largely agreed.

The Chinese government's top diplomat Wang Yi said on Wednesday that China's door would always be open to further trade talks with the United States, but added that Beijing would not accept any unequal agreements.

The acrimony between the two countries has intensified since last week when Washington put Chinese telecom equipment company Huawei Technologies Co Ltd on a blacklist that curbs Huawei's access to U.S.-made components.

The move is a potentially devastating blow for the company that has rattled technology supply chains and investors.

The restrictions, which according to the source are among several options being considered by the Trump administration, would severely limit Hikvision's ability to buy U.S. technology from American companies.

While China has not said whether or how it may retaliate against the measures directed at Huawei, state media have taken an increasingly strident and nationalistic tone and vowed Beijing will not bend to U.S. pressure.

The international situation is increasingly complex and China will have to overcome major risks and challenges, state news agency Xinhua paraphrased Xi as saying on a trip this week to the southern province of Jiangxi, a cradle of China's Communist revolution.

"We must be conscious of the long-term and complex nature of various unfavorable factors at home and abroad, and appropriately prepare for various difficult situations," Xi said.

The report did not elaborate on those difficulties, and did not directly mention the trade war or the United States.

U.S. firms said in a survey released on Wednesday they were facing retaliation in China over the trade war.

The American Chamber of Commerce of China and its sister body in Shanghai said members reported increased obstacles such as government inspections, slower customs clearances and longer waits for approval for licensing and other applications.

It also said 40.7% of respondents were considering or had relocated manufacturing facilities outside of China. Of the almost 250 respondents to the survey, which was conducted after the latest round of U.S. and Chinese tariffs, nearly three-quarters said the levies were hurting their competitiveness.

The United States is seeking sweeping changes to China's trade and economic policies, including an end to forced technology transfers and theft of U.S. trade secrets. Washington also wants curbs on subsidies for Chinese state-owned enterprises and better access for U.S. firms in Chinese markets.

"The idea is not to have tariffs, the idea is for them (China) to treat our companies fairly," Mnuchin told the U.S. lawmakers, adding that the Trump administration was "very focused" on the impact on U.S. farmers.

U.S. agricultural products, including soybeans, have been among the targets of China's retaliatory tariffs.

Last week, U.S. Agriculture Secretary Sonny Perdue said a new aid package for farmers hurt by China's tariffs was likely to amount to $15 billion to $20 billion, exceeding the up to $12 billion in aid rolled out last year.