By Helen Coster (Reuters) - News Corp struck a global news deal with Alphabet Inc's Google, the Rupert Murdoch-controlled media company said on Wednesday, in one of the most extensive deals of its kind with big tech. 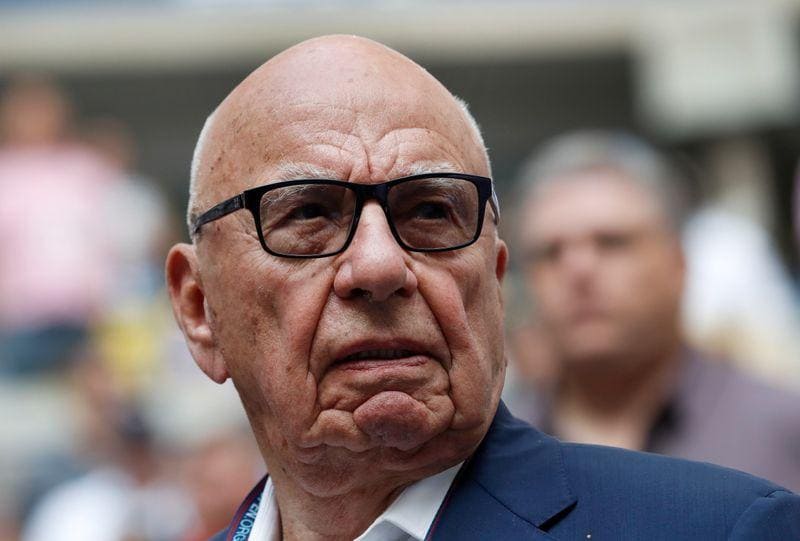 (Reuters) - News Corp struck a global news deal with Alphabet Inc's Google, the Rupert Murdoch-controlled media company said on Wednesday, in one of the most extensive deals of its kind with big tech.

The companies will develop a subscription platform, share advertising revenue through Google's ad technology services, build out audio journalism and develop video journalism by YouTube. The deal comes after years of public feuding between Murdoch and Google, most recently in Australia, where Google has threatened to shut down its search engine to avoid "unworkable" content laws.

It is a capstone for the 89-year-old media mogul, his son Lachlan and News Corp Chief Executive Robert Thomson to seek compensation for premium content from platforms. Murdoch previously secured payments from Apple Inc and Facebook Inc for their Apple News and Facebook News products.

The company declined to comment on financial details of the deal, which it said involved "significant payments" by Google.

In Australia, the country's two largest free-to-air television broadcasters have struck deals with Google collectively worth A$60 million ($47 million) a year, according to media reports.

The Australian deals come days before the government plans to pass laws that would allow it to appoint an arbitrator to set Google's content fees if it cannot strike a deal privately, a factor that government and media figures held up as a turning point for negotiations which stalled a year earlier.

Microsoft Corp , a big beneficiary of Google leaving the Australian market, has publicly endorsed the proposed Australian law and recently urged the U.S. government to copy it.

The company's deal with Google also comes after the tech giant agreed to pay $76 million over three years to a group of 121 French news publishers to end a more than year-long copyright spat, documents seen by Reuters show.

Google has also moved to secure deals with major publishers in the U.K., Germany, Brazil and Argentina.

“The fact that Google was only brought to the table kicking and screaming due to significant antitrust reports and leading policymakers in Europe and Australia defending the importance of a strong, independent press for society only underscores the importance of [Australian] Parliament’s new law and markets like the U.S. waking up to their harms to democracy,” said Jason Kint, chief executive of media industry trade association Digital Content Next.

The impact of News Corp's deal with Google on the news publishing environment remains a big question.

In the United States, where smaller publishers in particular have lost ad revenue to the platforms, the news media trade group News Media Alliance is planning to reintroduce to Congress a bill that would allow publishers to collectively negotiate with Facebook and Google without violating antitrust laws.

But “How can a smaller publisher get a deal? Really only if there’s some collective action or system - otherwise you’re left with platforms getting to pick winners and losers.”

In January, the Reuters news agency, a division of Thomson Reuters Corp, struck a deal with Google to be the first global news provider for Google's News Showcase.