By James Davey LONDON (Reuters) - Marks & Spencer asked to be judged on how fast it is changing as much as its financial results on Wednesday, as the British clothing and food retailer reported a third straight drop in annual profits. The 135-year-old mainstay of Britain's shopping streets is closing weaker stores, revamping ranges and investing online, striving to avoid the fate of a string of UK chains that have collapsed amid competition from the internet and rising costs. 'At M&S now everything is changing,' Chairman Archie Norman told reporters. 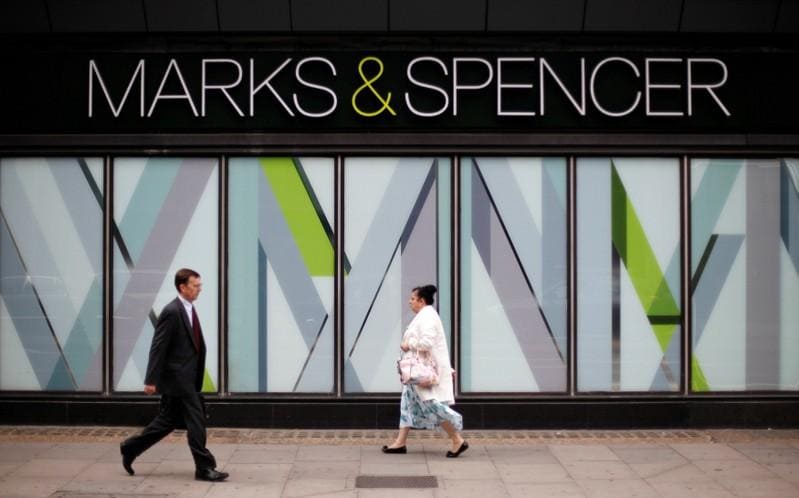 LONDON (Reuters) - Marks & Spencer asked to be judged on how fast it is changing as much as its financial results on Wednesday, as the British clothing and food retailer reported a third straight drop in annual profits.

The 135-year-old mainstay of Britain's shopping streets is closing weaker stores, revamping ranges and investing online, striving to avoid the fate of a string of UK chains that have collapsed amid competition from the internet and rising costs.

"It’s a bit like an egg and spoon race – you’ve got the egg on the spoon and the faster you run the more it wobbles, and we’re trying to run faster," he said.

After several failed reboots over the past decade, the jury is out on whether M&S can rise to the challenges posed by fast-fashion chains such as Zara and H&M in its clothing business, or thrive in Britain's brutally competitive food market.

"Our ambition is not to tweak the short term numbers ... our ambition is to be Britain’s fastest changing retailer. We’re well on the way to achieving that," said Norman.

Despite a 10% percent drop in annual profit - not including 438.6 million pounds ($556 million) of one-off costs mostly linked to its latest plan - M&S said its transformation was on track, highlighted "green shoots" of recovery and said it would step-up the pace of change.

"We will continue to accelerate the change, with our transformation becoming bigger, bolder and faster," said Chief Executive Steve Rowe.

However, M&S shares were down 8.6% at 1425 GMT, extending year-on-year losses to 14%, as it also announced the terms of a discounted rights issue to partly fund a joint venture with online grocer Ocado that was announced in February.

That drop has once again put M&S in danger of falling out of the FTSE 100, of which it has been a member since the blue chip index began in 1984.

M&S set out on its latest turnaround shortly after retail veteran Norman became chairman in 2017 to work alongside Rowe, who became CEO in 2016 and has been with the company for three decades.

M&S said in May last year it was targeting sustainable, profitable growth in three to five years.

A decade ago, it made a profit of 1 billion pounds and prior to Wednesday's update analysts were forecasting another fall in the 2019-20 year.

Rowe said progress was being made.

Adjusting for this year's later Easter, fourth quarter like-for-like food sales were up 0.4%, while food sales by volume were up for a second straight quarter as M&S cut prices and broadened its range to appeal more to families.

Rowe also highlighted better clothing ranges with improvements in fit and style, and online womenswear sales up 19% over the year.

But he said poor availability meant M&S sold out of a number of popular clothing lines, including those endorsed by television presenter Holly Willoughby. That meant clothing & home like-for-like sales, adjusted for Easter, fell 0.9%.

"This is a neat microcosm of M&S right now: one step forward, one step back ... M&S needs to keep its nerve, this is the right direction," said analysts at Peel Hunt.

Rowe forecast some improvement in trading in both clothing & home and food in 2019-20, weighted to the second half. Trading in the first seven weeks was in line with the board's expectations.

Its strategy for food is to give customers access to its full product range, so it also plans to open around 75 bigger food stores by 2023-24.

M&S wants to make at least a third of its clothing & home sales online by 2022 and as part of its transition in food struck a 1.5 billion pound deal with Ocado, giving it a home delivery service from September 2020 at the latest.

That dividend cut may upset M&S's army of private investors who hold around 10% of group shares. They will have a chance to express their feelings at July's annual shareholder meeting.