(Reuters) - Shares of Netflix Inc fell nearly 5 percent on Friday, as investors looked past its record subscriber numbers and instead focused on its lower-than-expected revenue forecast for the first quarter. The video streaming pioneer's shortfall in revenue expectations disappointed investors looking for a bigger payoff from the company's recent decision to raise prices as much as 18 percent for its U.S. customers 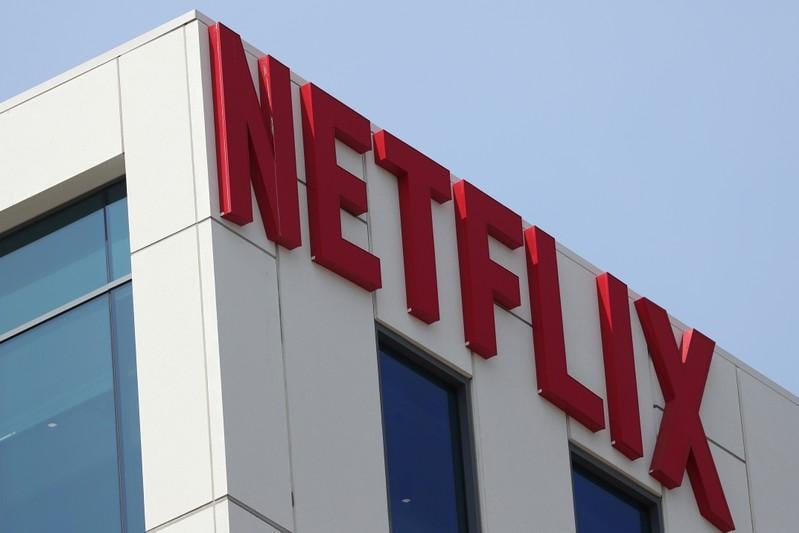 (Reuters) - Shares of Netflix Inc fell nearly 5 percent on Friday, as investors looked past its record subscriber numbers and instead focused on its lower-than-expected revenue forecast for the first quarter.

The video streaming pioneer's shortfall in revenue expectations disappointed investors looking for a bigger payoff from the company's recent decision to raise prices as much as 18 percent for its U.S. customers.

"Many investors we spoke with in recent days expected the price increase to flow through to improved free cash flow guide. That didn't happen," Bernstein analysts wrote in a note to clients.

Even so, Netflix remains the best performing FAANG stock this year with more than a 30 percent surge. Its shares recently traded at about 83 times expected earnings for the next 12 months. Stocks trading at high earnings multiples are more prone to sell off if growth targets are missed.

While investors seemed a bit disappointed, Wall Street analysts remained unfazed by the shortfall in the company's forecast.

At least 14 analysts raised their price targets, with RBC Capital Markets pushing its estimate by $30 to $480, well past the stock's median target of $410.

"(The company) still only accounts for perhaps 10 percent of all TV viewing hours in the U.S. This is growth defined, in our view."

Netflix has seen blistering growth in the past few years and has bet heavily on international subscriber additions, spending billions of dollars to bolster its original content.

It boasts of award-winning shows such as "Stranger Things" and "Wild Wild Country" that has helped it fend off intensifying competition from Amazon.com's Prime Video service and Hulu. The company reported 139 million paid customers at the end of December.

Wedbush analysts, however, said that if "Netflix is able to improve its free cash flow by $1 billion per year, it will see its debt peak at $13 billion, and will be debt free in 2026".

The company said it expects free cash flow in 2019 to be similar to 2018, but sees improvement each year thereafter.

"Judging by recent moves, the rest of the media industry is more than happy to sell Netflix whatever they want as long as the bid is high enough and the check clears," MoffettNathanson analysts said.

(Reporting by Vibhuti Sharma and Jasmine I S in Bengaluru; Writing by Sweta Singh; Editing by Arun Koyyur)