By Sinéad Carew NEW YORK (Reuters) - The Nasdaq closed lower on Tuesday as investors sold off technology stocks that benefited from virus lockdowns and favored the sectors that suffered most during the pandemic on optimism that a COVID-19 vaccine would turn around the economy. The heavyweight technology consumer discretionary sectors and communication services languished on Tuesday while investors favored small caps and economically sensitive energy and industrials sectors as well as value stocks in consumer staples 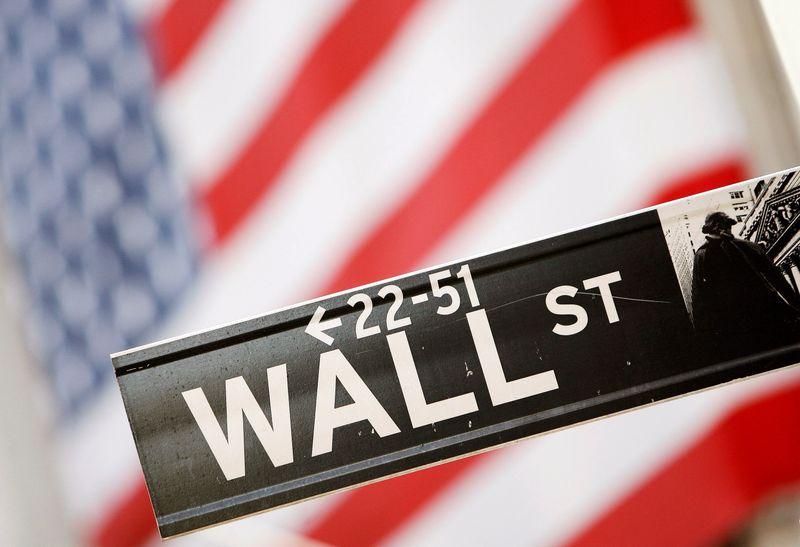 NEW YORK (Reuters) - The Nasdaq closed lower on Tuesday as investors sold off technology stocks that benefited from virus lockdowns and favored the sectors that suffered most during the pandemic on optimism that a COVID-19 vaccine would turn around the economy.

The main U.S. indexes had hit intraday peaks on Monday after Pfizer Inc

"It's the reopening trade. To the extent the economy can reopen sooner rather than later the stay-at-home stocks won't be as valuable," said Jim Paulsen, chief investment strategist at The Leuthold Group in Minneapolis.

After hitting a record in Monday's session, the Philadelphia Semiconductor Index <.SOX> underperformed sharply on Tuesday with Nvidia

And the S&P's value stock index <.IVX>, which tends to outperform coming out of a recession, was well ahead of the less economically sensitive growth index <.IGX> on Tuesday.

"Everybody's coming out of the woodwork saying the same thing that now is the time to be buying value" and selling technology said Robert Pavlik, senior portfolio manager at Dakota Wealth in Fairfield, Connecticut.

"People believe the Pfizer vaccine is going to initiate a reopening of the economy forcing people back on the road, back to work and back into the stores," said Pavlik. "There's some warrant to it but to see this kind of action is extreme."

Trading was also choppy at times as some investors monitored for election uncertainty after U.S. Secretary of State Mike Pompeo became the latest Republican to suggest President Donald Trump would not concede the White House to Democrat Joe Biden.

But Leuthold's Paulsen said most market participants have been largely ignoring the Trump administration's complaints about the election outcome because they have not produced any evidence of problems with vote counts.

President-elect Biden hailed the vaccine progress but cautioned that it would be "many more months" before widespread vaccination is available. Meanwhile, daily new U.S. cases topped 100,000 for the sixth straight day.

U.S. Health Secretary Alex Azar said on Tuesday that if Pfizer submits its interim COVID-19 vaccine to health regulators as quickly as expected, the U.S. government expects to start vaccinations in December.

A vaccine breakthrough may weaken the case for another large U.S. fiscal stimulus bill, although some investors say that relief is still needed for struggling businesses.

Senate Majority Leader Mitch McConnell, a Republican, said on Tuesday he saw no need for a multitrillion-dollar coronavirus relief bill.