By Caroline Valetkevitch NEW YORK (Reuters) - The Nasdaq Composite Index confirmed on Friday it is in a bear market for the first time since 2008, underscoring fears that the longest bull run in history for U.S. stocks could soon be over. 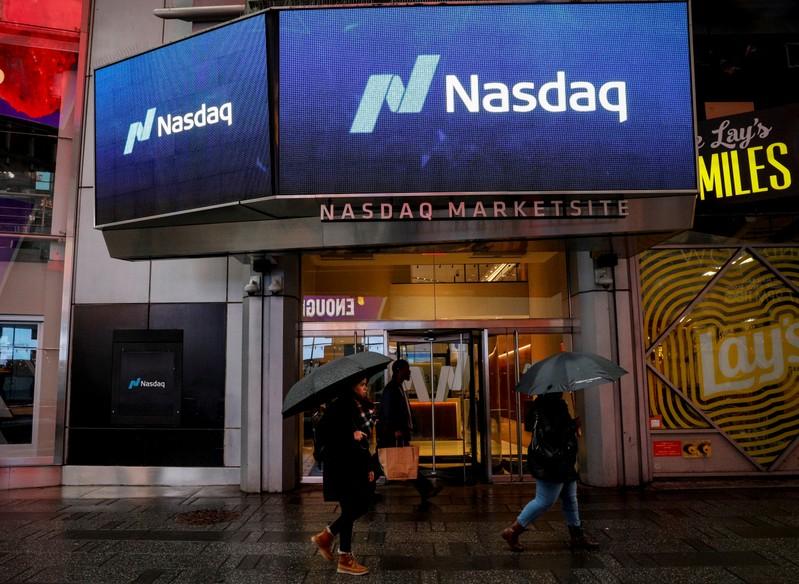 NEW YORK (Reuters) - The Nasdaq Composite Index <.IXIC> confirmed on Friday it is in a bear market for the first time since 2008, underscoring fears that the longest bull run in history for U.S. stocks could soon be over.

The index finished the day down 21.9 percent from its Aug. 29 record closing high, exceeding the 20 percent decline considered the threshold for a bear market.

The Nasdaq is the first of the three major U.S. stock indexes to cross that threshold, with its drop in less than four months the latest sign that the bull market that began during the financial crisis a decade ago could be almost done.

Several other key indexes in recent days have confirmed they were in bear markets, among which are the Russell 2000 <.RUT>, the S&P 600 small-cap index <.SPCY> and the Dow Jones transportation average <.DJT>.

The S&P 500 <.SPX>, the benchmark for U.S. stocks, is not yet in a bear market, though more than 60 percent of its components are.

But the Nasdaq's fall reflects a sharp move by investors away from what had been the market's leaders - the so-called FAANG group of five favourite technology and internet stocks.

"Nasdaq is your more growth-oriented story, so the biggest stocks are driving the overall market because they're a bigger chunk of it," said Kim Forrest, senior portfolio manager at Fort Pitt Capital Group in Pittsburgh.

The latest round of selling, which on Friday dragged the Nasdaq down nearly 3 percent, comes two days after the Federal Reserve raised interest rates for a fourth time this year, as the U.S. central bank continues to unwind the low interest-rate policy that supported stocks for nearly a decade.

In Nasdaq's record-long bull market, which ended with its all-time high close on Aug. 29, the index gained more than 539 percent from its post-financial-crisis low on March 9, 2009. Including reinvested dividends, it delivered a total return of more than 611 percent in that time.

Even with the drop since late August, Nasdaq is nearly 400 percent above its March 2009 low, with a total return of more than 456 percent.