Narendra Modi has revived the UPA-era Prime Minister's Economic Advisory Council (PMEAC), at a time when the government is increasingly being criticised for slow economic growth. The Union government has picked the members for the council from diverse backgrounds — starting from international trade, developmental economics to fiscal responsibility.

The role of previous economic advisory council might give us an indication as to how its equation with the current dispensation will be in the coming months. The last chairperson of the PMEAC — under the UPA government — was C Rangarajan. A Firstpost article noted that Rangarajan acted as a mediator in several battles between the then Planning Commission and the finance ministry. He was also involved in several policy issues, including industry, the petroleum sector and poverty alleviation.

Under the new chairperson, Bibek Debroy, the PMEAC will be expected to advise on the measures it can take to effect a turnaround in the economy. Following is a roundup of the Economic Advisory Council and the nature of its work: 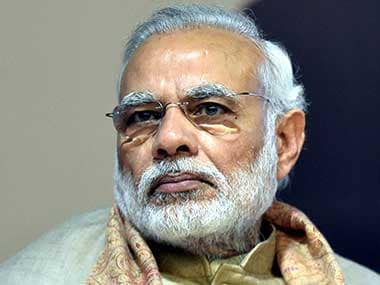 What is the PMEAC?

Former prime minister Atal Bihari Vajpayee had set up the PMEAC for the first time in August 1998, shortly after his government came to power. At that time too, growth had slowed down from 7.5 percent in 1995-96 to 5 percent in 1997-98, as per the Economic Survey of 1997-98. The drop in growth was attributed by the government to sluggish performance of agriculture and deceleration in the growth of industry. The stated aim of the PMEAC was to 'act as a sounding board for inculcating awareness in the government' on key economic issues.

It has been a similar story with the growth numbers in the current government too, with GDP growth falling to 5.7 percent in the first quarter of FY 18 from 7.9 percent in quarter 1 of FY 17. This is the slowest growth in more than three years, and has been attributed in some part to the shock measure of demonetisation. Clearly, the PMEAC has its task cut out.

Who are its members?

These are expected to  provide advice on growth measures, human development indicators and fiscal responsibility. The economic standpoints of some of the members are well known. For instance, Surjit Bhalla has been known to have pitched for reducing interest rates and spoken out against large-scale government schemes such as the MGNREGS. Roy is known as a fiscal conservative who may oppose measures taken towards fiscal expansion.

Role of PMEAC in the past?

An analysis of the speeches made and papers published of the PMEAC before the Modi government took over reveals the policy stands taken by the body at the time. For instance, C Rangarajan, in an address to the Indian Econometric Society in December 2013 at Mumbai, stressed on the need to pick up the domestic savings rate in order to revive growth to around 8.5 percent. He recommended lowering the current account deficit (CAD), increasing the domestic savings rate (mainly through fiscal consolidation) and improving the productivity of capital. He also emphasized on keeping inflation in check and ensuring that it does not exceed the threshold level (the level beyond which inflation has a decisively negative impact on growth.

Another example is an address by Rangarajan on the need to improve health indicators at the HIHT university in Dehradun. He recalled that as chairperson of the 12th Finance Commission, he had recommended giving special grants to states that lagged behind in growth indicators. In his address, he referred to the shortage of doctors in India as compared to other large developing countries. At the time, India had 0.6 doctors per 1,000 population, in comparison to the corresponding figure of 1.42 in China and 1.75 in Brazil. In terms of community health workers, India fared even worse than Bangladesh, with 0.05 workers per 1,000 people, as compared to 0.31 in Bangladesh. Rangarajan called for a greater participation of the private sector, saying that this gap 'cannot be filled only the government.'