The stepping down of co-founder and chief executive officer of Flipkart, Binny Bansal, is creating rumbles of a major shake-up at the Walmart acquired Indian home-grown e-c0mmerce firm. Media reports say that another senior executive Ananth Narayanan, CEO of Myntra and Jabong, is also likely to step down from the firm owing to an alleged rift with Kalyan Krishnamurthy, CEO of Flipkart.

"If Ananth has to report Kalyan, he will also not stay for long because Kalyan already has Rishi Vasudev who manages fashion," a person familiar with the development was quoted as saying by Moneycontrol.

According to Business Standard, changes in the reporting structure are considered a "precursor to the integration of Myntra and Jabong with Flipkart Fashion unit." 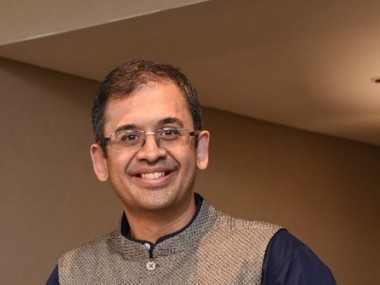 Walmart paid $16 billion for a roughly 77 percent stake in Flipkart in May. The investment is the US retailer’s biggest acquisition and was a major move in its efforts to compete against Amazon’s growing market share at home and abroad.

The departure of 37-year-old Bansal one of the co-founders of Bangalore-based Flipkart could be a setback for Walmart’s efforts to compete with Amazon.com Inc in India’s huge consumer market. A tech-savvy billionaire, Bansal took over as CEO of Flipkart in 2016. He became the chairman and group CEO of the e-commerce company this year.

In a note sent to Flipkart employees, which was seen by Reuters, Bansal said recent events led him to step down from his role as chairman and CEO. He said the events related to a claim of misconduct against him, “which was uncorroborated after a thorough investigation completed by an independent law firm.”

Bansal did not give details of the nature of the claim. “The allegations left me stunned and I strongly deny them,” he wrote.

“The investigation, however, did bring to light lapses in judgment, particularly a lack of transparency, related to how I responded to the situation,” he said, without elaborating further.

A person in the United States familiar with the Walmart investigation said “a claim of sexual assault against Binny” came to its attention in late July. The accusation dated to a few years earlier and was made by a former Flipkart associate, who was not with Flipkart at the time, the person added.