By Liz Lee KUALA LUMPUR (Reuters) - Iran, Malaysia, Turkey and Qatar are considering trading among themselves in gold and through a barter system as a hedge against any future economic sanctions on them, Malaysian Prime Minister Mahathir Mohamad said on Saturday. 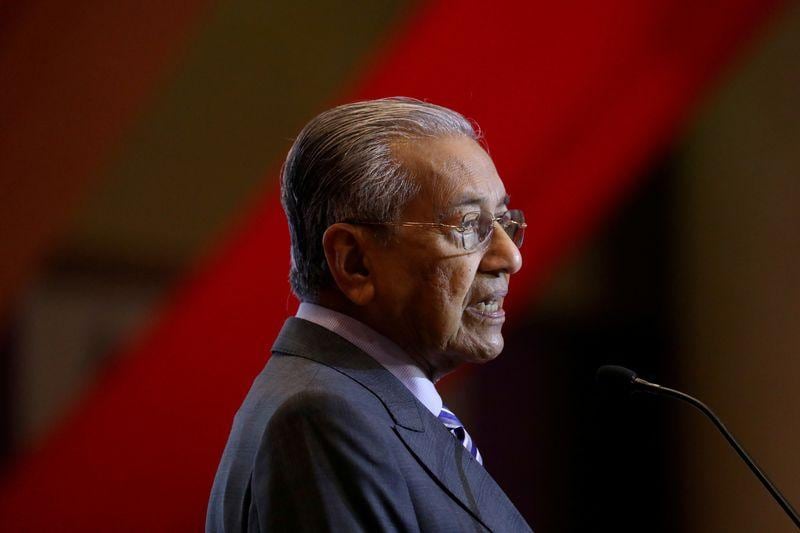 KUALA LUMPUR (Reuters) - Iran, Malaysia, Turkey and Qatar are considering trading among themselves in gold and through a barter system as a hedge against any future economic sanctions on them, Malaysian Prime Minister Mahathir Mohamad said on Saturday.

At the end of an Islamic summit in Malaysia, Mahathir praised Iran and Qatar for withstanding economic embargoes and said it was important for the Muslim world to be self-reliant to face future threats.

"With the world witnessing nations making unilateral decisions to impose such punitive measures, Malaysia and other nations must always bear in mind that it can be imposed on any of us," Mahathir said.

U.S.-allied Arab states Saudi Arabia, the United Arab Emirates, Bahrain and Egypt cut diplomatic and trade links with Qatar about 2-1/2-years ago over allegations it backs terrorism, a charge Doha denies. Iran, meanwhile, has been hit badly after the United States reimposed sanctions on it last year.

"I have suggested that we re-visit the idea of trading using the gold dinar and barter trade among us," Mahathir said, referring to the Islamic medieval gold coin.

"We are seriously looking into this and we hope that we will be able to find a mechanism to put it into effect."

The leaders agreed they needed do more business among themselves and trade in each other's currencies.

The summit, which was snubbed by Saudi Arabia, was criticised for undermining the Saudi-based Organisation of Islamic Cooperation (OIC), which represents 57 Muslim-majority nations. Malaysia said all the OIC members had been invited to the Kuala Lumpur summit but only about 20 showed up.

By the fourth and final day of the summit, no joint statement had been released. The summit had been expected to discuss major issues affecting Muslims, including Palestine, Kashmir and the plight of Rohingya Muslims in Myanmar and China's camps for Uighur Muslims in its western Xinjiang region.

Without naming any country, Mahathir said there was concern that Muslims in non-Muslim countries were forced to undergo assimilation.

"We support integration but assimilation to the extent of shedding our religion is unacceptable," he said.

At a news conference, he said the summit participants had been told that Uighurs were being detained in China.

He called India's new citizenship act unfortunate. The act facilitates for faster naturalisation of non-Muslims from Afghanistan, Bangladesh and Pakistan who had settled in India prior to 2015.