(Reuters) - The space race between the world's two richest men went into hyperdrive on Tuesday after Tesla chief Elon Musk took a swipe at Jeff Bezos' attempt to challenge a major NASA contract. The two billionaires, who have been trying to launch long-range orbital rockets, were competing for a coveted contract from the government to build a spaceship to deliver astronauts to the moon as early as 2024. Musk won. 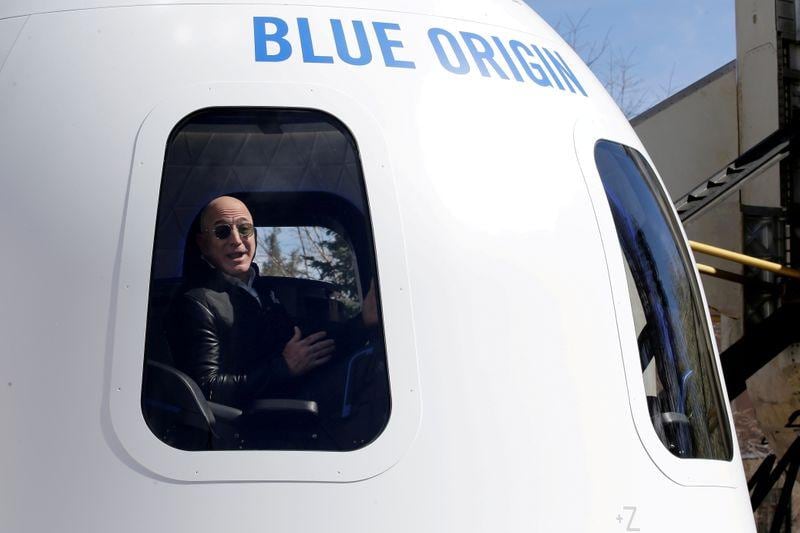 (Reuters) - The space race between the world's two richest men went into hyperdrive on Tuesday after Tesla chief Elon Musk took a swipe at Jeff Bezos' attempt to challenge a major NASA contract.

The two billionaires, who have been trying to launch long-range orbital rockets, were competing for a coveted contract from the government to build a spaceship to deliver astronauts to the moon as early as 2024.

Musk won. Bezos was not happy.

Bezos' Blue Origin on Monday filed a protest with the Government Accountability Office, accusing the National Aeronautics and Space Administration (NASA) of moving the goalposts for contract bidders at the last minute.

He did not elaborate on the tweet, but pasted a screenshot of a 2019 report about Bezos unveiling Blue Origin's moon lander on the same Twitter thread.

Blue Origin has fallen far behind SpaceX and United Launch Alliance (ULA) on orbital transportation, losing out on billions of dollars' worth of U.S. national security launch contracts that begin in 2022. ULA is a joint venture of Boeing Co and Lockheed Martin Corp.

These rocket startups mainly aim to send satellites for clients into orbit at an affordable price and reuse parts of rockets to keep costs in check.

Blue Origin was dealt another blow earlier this month, when NASA awarded SpaceX the lunar contract. The sought-after project aims to put humans back on the moon for the first time since 1972.

"NASA has executed a flawed acquisition for the Human Landing System program and moved the goalposts at the last minute," Blue Origin said in an emailed statement.

"Their decision eliminates opportunities for competition, significantly narrows the supply base, and not only delays, but also endangers America's return to the moon. Because of that, we've filed a protest with the GAO."

The filing of the 50-page protest by Blue Origin was reported earlier by the New York Times.

(Reporting by Kanishka Singh and Subrat Patnaik in Bengaluru and Eric Johnson in Seattle; editing by Jane Wardell, Saumyadeb Chakrabarty and Bernard Orr)