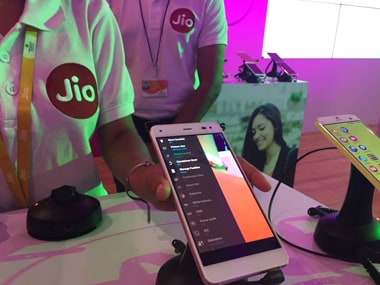 In a recent note, after Reliance Jio announced the new plans, brokerage CLSA hadd said that the AGM on 21 July is the next key event to watch out for as it may provide more clarity on new legs to Jio's growth, i.e, broadband and 4G feature phones. Clearly, the focus is going to be on Reliance Jio.

The company on Thursday said Reliance Jio will raise Rs 20,000 crore through a rights issue to meet funding requirements.

"The Board of Directors at its meeting held on July 20, 2017 has decided to make a rights issue of four billion - nine per cent non-cumulative optionally convertible preference shares (OCPS) of Rs 10 each for cash, at a premium of Rs 40 per OCPS, aggregating Rs 20,000 crore," Reliance Jio Infocomm said in a regulatory filing.

The Mukesh Ambani-led firm launched 4G services commercially on 5 September 2016 with free data and voice offerings, and signed up the first 50 million subscribers in just 83 days.

The company started charging for mobile services from 1 April but continues to offer disruptive data rates and free voice calls.