By Matt Scuffham (Reuters) - Morgan Stanley's top executive criticized the Federal Reserve's annual health checks of the biggest U.S. lenders and predicted changes to the tests going forward after his bank reported better-than-expected quarterly earnings on Wednesday. The Fed said last month it would not let Morgan Stanley boost overall capital returns to shareholders after its capital ratio fell below the minimum allowed in the annual stress test 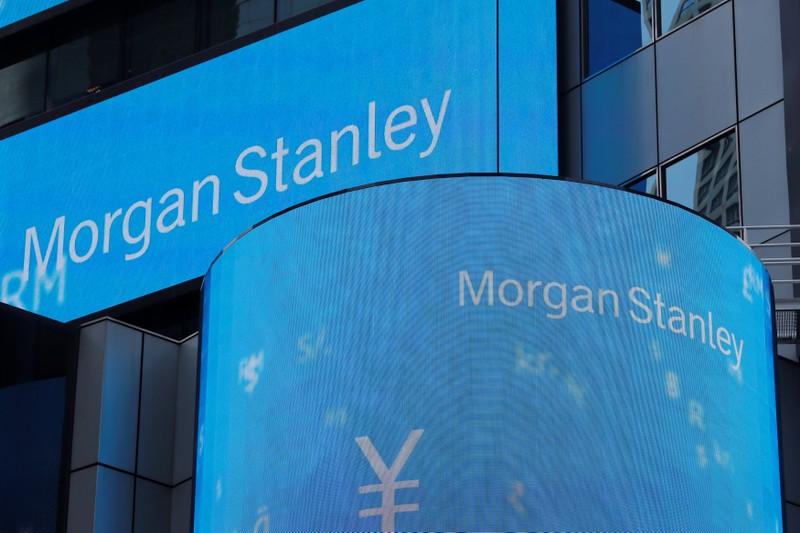 The Fed said last month it would not let Morgan Stanley boost overall capital returns to shareholders after its capital ratio fell below the minimum allowed in the annual stress test. A failure to meet the requirement would normally result in an outright failure.

The tests, set up to prevent a repeat of the 2007-2009 financial crisis, have become "increasingly more demanding" each year, and are now more severe than what the banks experienced during the crisis itself, Chief Executive Officer James Gorman said on a conference call with analysts.

"Ten years on, it's time to take a fresh look," he said. "We don't want to be chasing in the last crisis, we're trying to figure out the next one."

Officials Gorman has spoken with at the Fed have sympathy with his argument that rules about banks' capital ratios should be reexamined, he said.

Appearing before Congress on Tuesday, Fed Chair Jerome Powell was questioned extensively on the central bank’s approach to this year's stress tests, with Democrats criticizing the Fed for passing Morgan Stanley and Goldman Sachs Group Inc even though their capital levels fell below the minimum required.

Powell told lawmakers that there had been no "haggling" or negotiations with Morgan Stanley over its stress tests results and capital plan, and added that the Fed was committed to the stress testing process. "It's a very important thing for us and we'll make sure to keep it stringent."

The Fed purposefully increased the stringency of the stress test this year because firms are more likely to take on greater risk as the broader economic environment improves.

Gorman said that he does not expect Morgan Stanley will need to cut its capital distribution program going forward as a result of the tests.

The 60-year-old CEO has restored Morgan Stanley to health since taking over in 2010, when the bank was still reeling from the financial crisis. His tenure has been defined by reducing risk, exiting problematic businesses and focusing on steadier ones that can generate reliable revenue.

Adjusted for special items, its profit was $1.25 per share, topping the $1.11 per share analysts expected, on average, according to Thomson Reuters I/B/E/S.

Goldman is undergoing a strategic overhaul to generate more revenue by focusing steadier businesses, generating comparisons to the strategy Gorman laid out many years ago.

Asked by Wells Fargo analyst Mike Mayo whether Morgan Stanley might need to do something similar to keep up with competitors, Gorman said his bank had made more changes in the past eight years than in the previous 80 and had no plans to change course.

"I think it is unwise to run strategy through envy," he said.