LONDON (Reuters) - More than a third of small British companies think a no-deal Brexit on Oct. 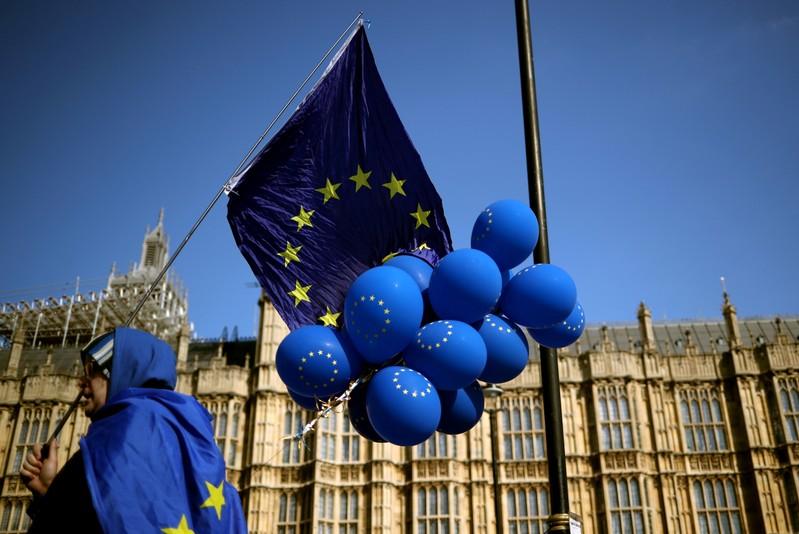 LONDON (Reuters) - More than a third of small British companies think a no-deal Brexit on Oct. 31 will hurt their business, according to a survey published on Friday.

The Federation of Small Businesses (FSB) said 39% of small companies thought a no-deal Brexit would have a negative impact, compared with 34% who thought it would have no impact and 11% a positive impact. The remainder said they did not know.

Most of those firms who thought a no-deal Brexit would harm their business said they were unable to plan for this scenario.

After more than three years of crisis since a majority of Britons voted to leave the European Union, it remains unclear how, when or even whether the country will leave the bloc it joined in 1973.

Prime Minister Boris Johnson has promised Britain will leave the EU on Oct. 31 with or without a deal and has said he would not seek an extension even if the conditions of a recently passed bill were met, forcing him to do so.

"As the risk of a chaotic no-deal Brexit on Oct. 31 remains alive and kicking, it is worrying that many small firms have either not prepared or are finding that they can't prepare," FSB national chairman Mike Cherry said.

"Ongoing uncertainty is to blame for preparations hitting the skids with the picture still not clear as to how the UK will leave the EU on 31 October."

The average cost of small businesses' preparations for a no-deal Brexit stood at around 2,000 pounds ($2,470), rising to 3,000 pounds for companies that import and export, according to the FSB's survey of 1,062 firms conducted in late August.

A Bank of England report published last month showed three- quarters of businesses thought they were "as ready as they can be" for a no-deal Brexit, with just under a fifth "fully ready".

Business investment has stagnated since the 2016 Brexit vote, leaving the economy more reliant on household spending for its growth.

A separate survey on Friday showed consumer confidence edged up unexpectedly in September, although it remained at subdued levels.

Market research firm GfK said its index of consumer sentiment, produced for the European Commission, rose to -12 in from -14 in September. A Reuters poll of economists had pointed to an unchanged reading.

"Yes, all sub-measures are higher, but they are anaemic in the case of our purchase intentions and how we view our wallets, while the results on the wider economy are still depressed," said Joe Staton, client strategy director at GfK.