Monsoon Session of Parliament: Why has RBI not given number of demonetised notes, asks Opposition in Rajya Sabha

New Delhi: Opposition in the Rajya Sabha on Tuesday sought to know why the Reserve Bank of India has not yet provided the number of demonetised 500 and 1000 rupee notes returned in the banking system, even after nine months of the note ban decision. 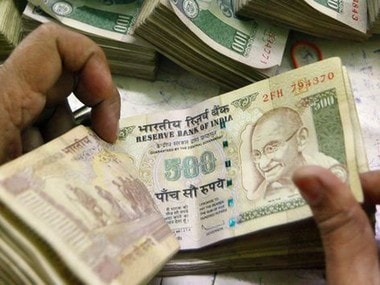 Raising the issue during Zero Hour, Anand Sharma (Congress) said "even a child is delivered in nine months" but the country doesn't know how many of the old and junked currency notes were returned.

The government had on 8 November last year withdrawn the legal tender status of 500 and 1000 rupee notes to flush out blackmoney and counterfeit currency.

"We are talking of going to Moon and Mars and digital India, but you can't count money," Sharma said, seeking to know the number of old currency notes returned to the banking system.

As other Opposition parties supported his call, Sharma said, "I am not going to count (the currencies) for RBI."

After the shock note ban decision, the government gave different time schemes to various categories of people to deposit the junked currency in bank accounts or exchange them for new notes. The last deadline expired on 30 June.

RBI has refused to give the number saying the "figures would need to be reconciled with the physical cash balances to eliminate accounting errors/possible double counts etc".

According to a reply given in Rajya Sabha on 2 December by the Minister of State for Finance Arjun Ram Meghwal, there were 17,165 million pieces of 500 notes and 6,858 million pieces of 1000 notes in circulation. That amounts to a total of Rs 15.44 lakh crore in value.

This amounted to 86 percent of the total currencies in circulation (Rs 17.97 lakh crore).