Moderna COVID-19 vaccine could be ready for use by end of year, U.S. says

By Manojna Maddipatla and Carl O'Donnell (Reuters) - Moderna Inc's vaccine against COVID-19 could be rolled out by the end of this year, U.S. officials said on Monday, after the drugmaker announced the start of a 30,000-subject trial to demonstrate it is safe and effective, the final hurdle prior to approval by global regulators. The trial is the first such late-stage study under the Trump administration's program to speed development of measures against the novel coronavirus, adding to hope that an effective vaccine will help end the pandemic. 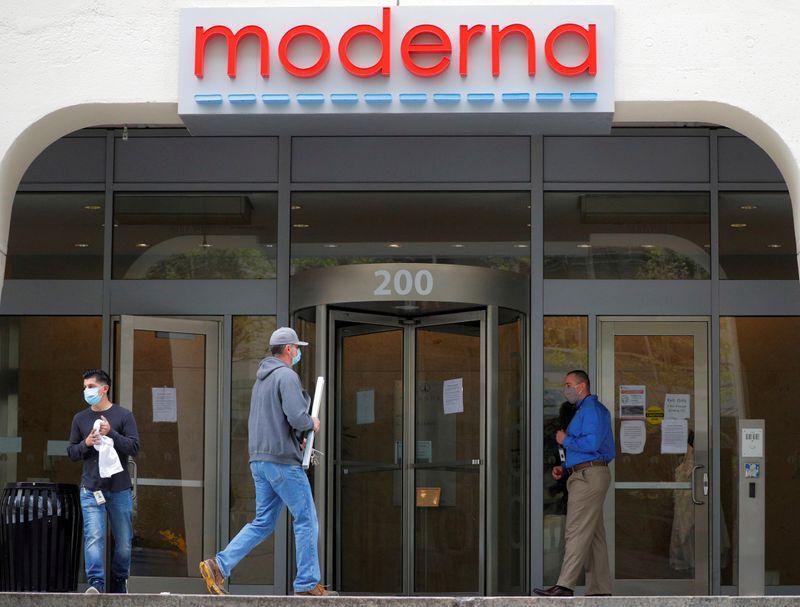 The trial is the first such late-stage study under the Trump administration's program to speed development of measures against the novel coronavirus, adding to hope that an effective vaccine will help end the pandemic. Shares of Cambridge, Massachusetts-based Moderna rose 9%.

Moderna has received nearly $1 billion from the U.S. government, which is helping to bankroll several vaccine candidates under its Operation Warp Speed program.

More than 150 coronavirus vaccine candidates are in various stages of development, with some two dozen prospects having advanced to human testing.

"Having a safe and effective vaccine distributed by the end of 2020 is a stretch goal, but it's the right goal for the American people," National Institutes of Health (NIH) Director Francis Collins said in a release announcing the start of the large Phase III trial.

Manufacturers are ramping up production while testing is underway in order to respond as soon as possible to virus, which is still spreading rapidly around the world. COVID-19 has killed more about 650,000 people worldwide and battered economies.

Moderna could have tens of millions of doses ready when and if the vaccine is deemed safe and effective, Collins told reporters on a call.

The large late-stage trial is designed to evaluate the safety of Moderna's mRNA-1273 vaccine and determine if it can prevent symptomatic COVID-19 after two doses.

Anthony Fauci, the top U.S. infectious disease official, said a readout from the trial could come by November, December, or even earlier. Fauci said he was "not particularly concerned" about the vaccine's safety after seeing data from earlier, smaller trials.

The study also seeks to determine whether the vaccine can prevent coronavirus-related deaths.

Trial volunteers will receive two injections about 28 days apart of either 100 micrograms of mRNA-1273 or a placebo.

Results of a small early-stage study published earlier this month showed volunteers who got two doses of Moderna's vaccine had levels of virus-killing antibodies that exceeded the average seen in people who had recovered from COVID-19.