By Manas Mishra and Dania Nadeem (Reuters) - Moderna Inc could have data from a large trial of its experimental COVID-19 vaccine anywhere between 'a couple of days' to 'a little more than a week', the top U.S. 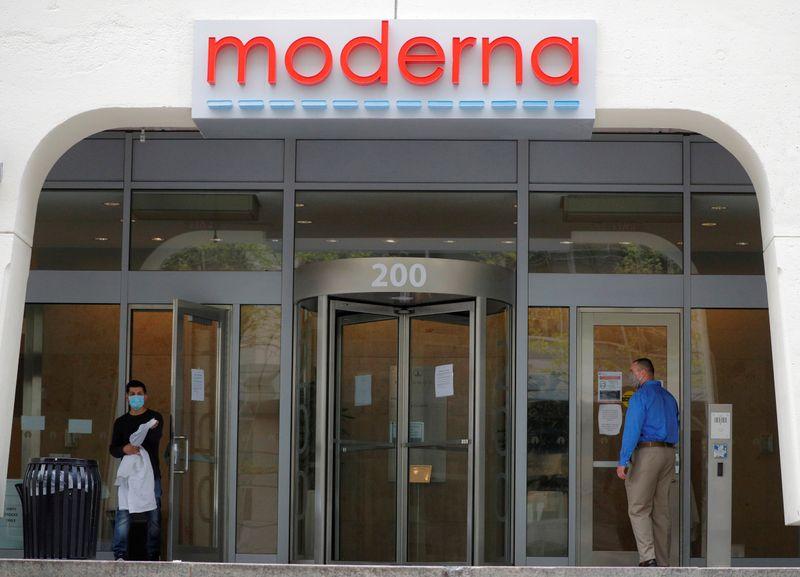 By Manas Mishra and Dania Nadeem

A high degree of effectiveness for the vaccine would make sense as it was "almost identical" to the Pfizer shot, Anthony Fauci, director of the U.S. National Institute of Allergy and Infectious Diseases, said at a conference organized by the Financial Times.

Moderna, which uses a technology similar to Pfizer's, said earlier on Wednesday that its November timeline for initial data was on track.

It did not immediately respond to a Reuters request for comment on when it would disclose the data, though the company has said it would publish the data as soon as it is available.

The company would still have to wait for two-month follow up data on safety, which is expected in the second half of this month, before applying for U.S. emergency use authorization.

Earlier in the day, Chief Executive Officer Stephane Bancel said at a Credit Suisse conference the world would have to wait for more data to understand whether the use of a particular vaccine would be more widespread.

There are no vaccines that have gained global approval yet, although a handful, including Moderna's, are in late-stage studies.

Moderna's shares were up roughly 7% at $81.25 in afternoon trading.