By Stephen Nellis (Reuters) - Microsoft Corp on Sunday said in a court filing that Apple Inc's threat to cut off the creator of 'Fortnite' from Apple's developer tools would hurt Microsoft's gaming business, as well as other game developers. The filing came in a dispute between Apple and Epic Games. Apple removed Epic's titles from its App Store after the game maker violated the iPhone maker's in-app payment rules 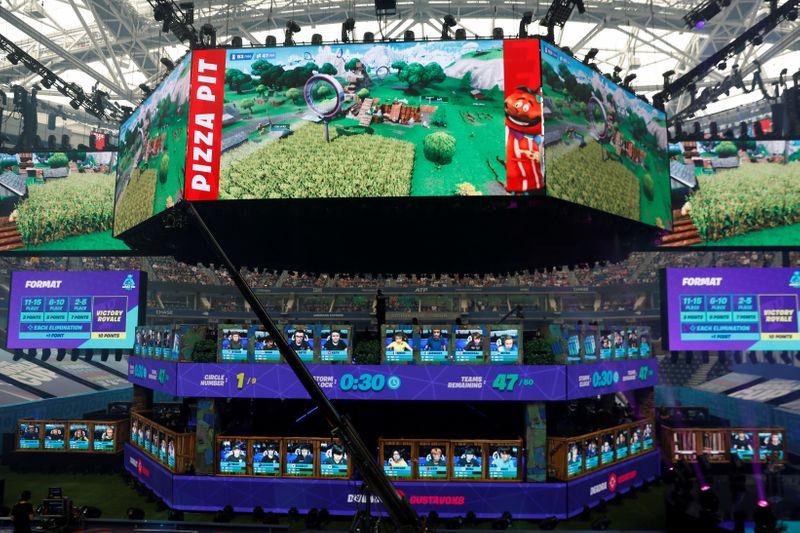 (Reuters) - Microsoft Corp on Sunday said in a court filing that Apple Inc's threat to cut off the creator of "Fortnite" from Apple's developer tools would hurt Microsoft's gaming business, as well as other game developers.

The filing came in a dispute between Apple and Epic Games. Apple removed Epic's titles from its App Store after the game maker violated the iPhone maker's in-app payment rules.

Epic says that Apple has also threatened to cut off its access to Apple tools needed to maintain "Unreal Engine," software that many game developers license to create better graphics. Microsoft said the move would hurt at least one of its own game titles called "Forza Street" that uses the engine for the iOS version of the game.

Kevin Gammill, Microsoft's general manager of gaming developer experiences, said Microsoft has an "enterprise-wide" license to Unreal Engine and that Apple's move would hamper it and other gaming firms' ability to make games with the technology for Macs and iPhones.

"If Unreal Engine cannot support games for iOS or macOS, Microsoft would be required to choose between abandoning its customers and potential customers on the iOS and macOS platforms or choosing a different game engine when preparing to develop new games," Gammill wrote.

Nicholas Penwarden, Epic's vice president of engineering, said in filing on Sunday that multiple Unreal Engine users - including at least one automotive design firm - have contacted the company with worries their projects will be disrupted.

Epic is seeking a court order to stop Apple's termination of its developer accounts. Apple has said that it will reverse its moves if Epic resubmits a version of "Fortnite" that complies with its payment rules.

On Friday, Apple said in a filing that Epic unilaterally decided to break its rules after following them for more than a decade, calling Epic's removal from the App Store a "self-inflicted wound." [nL1N2FN13O]