By Vibhuti Sharma and Stephen Nellis (Reuters) - Microsoft Corp beat analysts' estimates for fourth-quarter revenue and profit on Thursday, even as sales growth began to slow for its cloud product Azure and Office software. 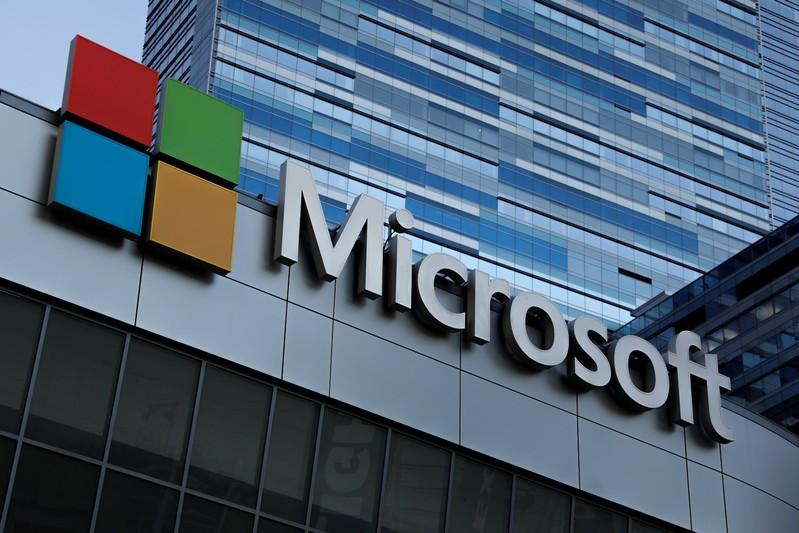 Since Chief Executive Satya Nadella took over in 2014, Microsoft has been shifting away from its Windows operating system software and towards cloud services, in which customers move their computing work to data centres managed by Microsoft. The company's market value has nearly quadrupled since Nadella became CEO, and Microsoft has avoided much of the regulatory and antitrust scrutiny centered on other large tech firms Alphabet Inc

Revenue growth in Azure was 64% in the reported quarter, compared with 89% a year earlier and 73% in the prior quarter. Microsoft does not provide an absolute revenue figure for Azure, blending it into its "intelligent cloud unit," which had revenue of $11.4 billion compared with analyst expectations of $11.0 billion, according to Refinitiv data.

In the cloud computing business, Azure's chief rival is Amazon Web Services, which dominates the industry with a 32.8% market share, according to research firm Canalys. Microsoft has a share of 14.6%, while Google has 9.9%. The company is also competing against Amazon.com Inc

Revenue in Microsoft's productivity software unit jumped 14.3% to $11.05 billion, powered by double-digit revenue growth for LinkedIn and Office 365. Analysts on average had expected revenue of $10.71 billion, according to IBES data from Refinitiv.