MEXICO CITY/WASHINGTON (Reuters) - The U.S. and Mexican governments on Monday sought to defuse a controversy over Washington's plan to monitor Mexican labour standards under a new regional trade deal, with Mexico saying it was satisfied by U.S 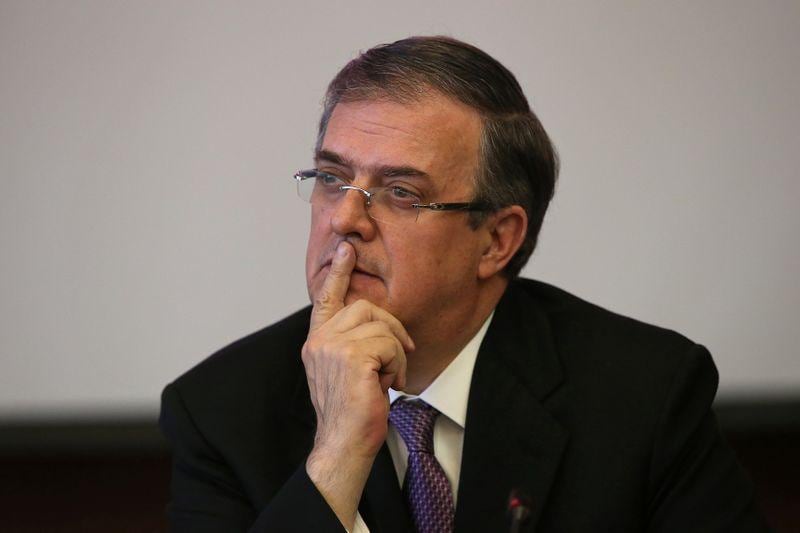 MEXICO CITY/WASHINGTON (Reuters) - The U.S. and Mexican governments on Monday sought to defuse a controversy over Washington's plan to monitor Mexican labour standards under a new regional trade deal, with Mexico saying it was satisfied by U.S. assurances it was not sending inspectors.

That same day, the U.S. Congress set out how the United States planned to send attaches south to monitor application of Mexican labour laws, which Democratic lawmakers worry are too lax.

Over the weekend, the Mexican government raised objections to the plan. On Monday, U.S. Trade Representative Robert Lighthizer met with Mexican deputy foreign minister Jesus Seade in Washington and said in a letter that the use of attaches was a common practice, and that Mexican legislation would be upheld.

"These personnel will not be 'labour inspectors' and will abide by all relevant Mexican laws," Lighthizer said in the letter released by his office.

"Ambassador Lighthizer was completely in the right... in saying sorry," Seade said, adding that Mexican officials had not identified anything else "questionable" in the U.S. plan.

At an earlier news conference, Mexican Foreign Minister Marcelo Ebrard said the spat would not put the USMCA at risk, and that it would be up to Mexico whether to give accreditation to proposed labour attaches on its territory.

"The attaches are authorized by Mexico," he told reporters. "No country can assign attaches in Mexico but us."

Critics see the labour provision as the latest in a string of concessions granted by the administration of President Andres Manuel Lopez Obrador to his U.S. counterpart Donald Trump following agreements on migration and security.

An annex for implementing USMCA presented in the U.S. House of Representatives on Friday envisaged designating up to five U.S. experts to monitor compliance with a Mexican labour reform.

At the weekend, Seade, the Mexican official in charge of USMCA negotiations, criticized the plan, saying it was not part of the accord signed by the three countries.

In his letter, Lighthizer said any "good faith questions about whether workers at a particular facility are being denied labour rights" would be investigated by an independent, three-person panel chosen by both parties, not the labour attaches.

The row is the latest outbreak of tensions over trade in North America triggered by Trump's decision to renegotiate NAFTA after he took office in 2017.

Concerns about North American trading arrangements have cast a shadow over Mexico's economy, which sends about 80% of its exports to the United States.

Trump has worked to leverage Mexico's dependence on its northern neighbour to push Lopez Obrador into tightening Mexico's borders and accepting migrants seeking asylum in the United States while their cases are heard in U.S. courts.

(Reporting by Noe Torres and Julia Love in Mexico City and Susan Heavey in Washington; Writing by Dave Graham; Editing by Frank Jack Daniel and Alistair Bell and David Gregorio)