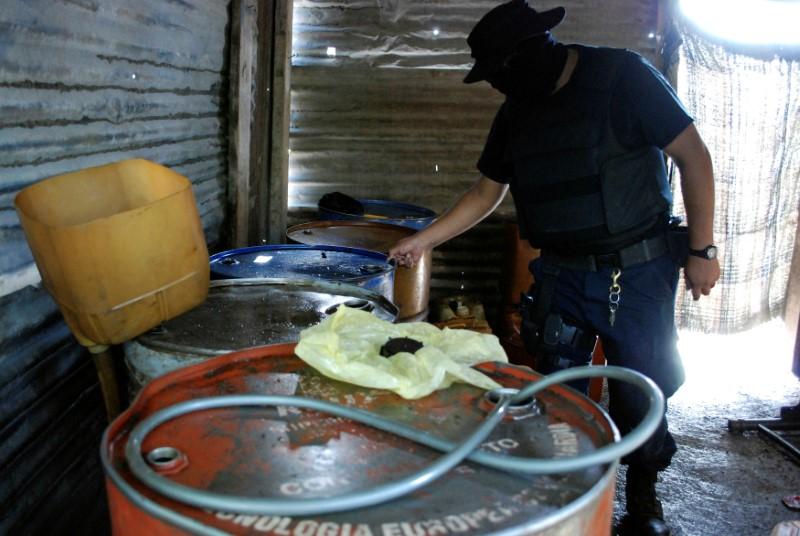 MEXICO CITY (Reuters) - Mexico's government unveiled a plan on Thursday to step up use of the armed forces to combat fuel theft, vowing to root out corrupt officials it says are largely responsible for a problem that has cost the country billions of dollars.

President Andres Manuel Lopez Obrador told a regular news conference his government would fight the theft "outside and inside" state oil firm Petroleos Mexicanos (Pemex), saying authorities were complicit in the bulk of the crimes.

"This is the theft of national assets, of public funds, of money that belongs to all Mexicans," he said.

Criminal gangs have for years used fuel theft as a way of supplementing their income, hurting Mexico's refineries and bleeding money from state coffers.

Speaking alongside the president, Defense Minister Luis Cresencio Sandoval said the security presence would be increased at key oil installations to better monitor distribution of fuel.

Pemex's new Chief Executive Officer Octavio Romero told the news conference more than 146 billion pesos ($7.40 billion) worth of fuel had been stolen in Mexico since 2016, with theft soaring to new heights this year.

Questioned about whether the Pemex workers' union had been involved in the theft of fuel, Lopez Obrador said there had been reports that the union had been restricting access to parts of the company's operations.

That issue had been addressed with the union's leaders and access would not be restricted in future, he said.