Mexico expects to save $4.5 billion after pushing firms to rework pipeline contracts

By Dave Graham MEXICO CITY (Reuters) - Mexico said on Tuesday it had struck a deal with a group of companies to renegotiate the terms of natural gas pipeline contracts signed under the previous administration that will eventually save the government $4.5 billion. 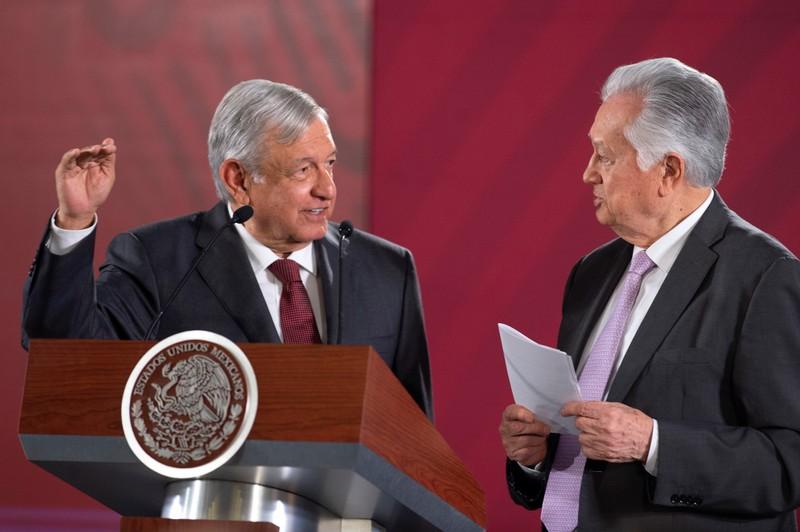 MEXICO CITY (Reuters) - Mexico said on Tuesday it had struck a deal with a group of companies to renegotiate the terms of natural gas pipeline contracts signed under the previous administration that will eventually save the government $4.5 billion.

The deal announced by President Andres Manuel Lopez Obrador and the head of the Federal Electricity Commission (CFE), a state-run power utility, at a news conference will reduce what Mexico pays the firms to transport natural gas, the government said.

The dispute has caused diplomatic frictions with Canada in particular, aggravating concerns that Lopez Obrador, a veteran leftist who took office in December, could call into question any contracts signed before he assumed the presidency.

Flanked by Mexican industry leaders, including billionaire Carlos Slim, the country's richest man, Mexico's president hailed the deal as a win for the public which would give certainty to investors and encourage growth.

"We won because the rates of gas transportation are being reduced," Lopez Obrador said. "We also won because we avoided a dispute."

The government is still negotiating with one of the parties involved, Fermaca, a Mexican infrastructure company contracted to build two of the seven pipelines under dispute.

Lopez Obrador said the deal would bring savings to public coffers of $4.5 billion over time. A statement by the CFE later said that sum was the target, and that $3.74 billion had been saved under the results of negotiations to date.

The biggest pipeline under dispute was a $2.5 billion project between Texas and the Mexican Gulf Coast port of Tuxpan. Completed in June, it was built by Canada's TC Energy Corp and IEnova, a Mexican unit of U.S. company Sempra Energy.

Another was in the hands of Grupo Carso, an infrastructure firm controlled by Slim, who rarely makes public appearances.

Speaking at the news conference, Slim said he was pleased a deal had been reached. His presence there was a testament to the importance of the discussions.

The CFE pushed the renegotiation of the contracts signed under the last government, arguing the terms were unfair.

Lopez Obrador, in his remarks on Tuesday, said the contracts were "harmful, though Slim and Carlos Salazar, the president of Mexican business lobby CCE, pushed back against questions from journalists suggesting the renegotiation was a rebuke of the private sector.

CFE head Manuel Bartlett said the $4.5 billion savings foreseen in the renegotiation should be viewed against a cost to the utility of $12 billion under the original contracts.

Miguel Reyes, a senior CFE official, said the extent of savings realized varied from one pipeline contract to another.

Seen across 25 years, the renegotiation meant a reduction of 28% on average in the transportation rates paid by the utility for all the pipelines included under the accord, Reyes said.

For his part, CCE's Salazar said the numbers were "complex", and that the total projected costs of services to the CFE over the lifetime of the contracts were some $21 billion.