By Eric Onstad LONDON (Reuters) - British commodities tycoon Sanjeev Gupta will merge his family's steel operations by the end of the year into a new entity, the Liberty Steel Group, to be ready for a potential listing, he said on Tuesday. Other companies in his family's privately-held GFG Alliance conglomerate will also be organised for possible IPOs in the future, he told Reuters in an interview. 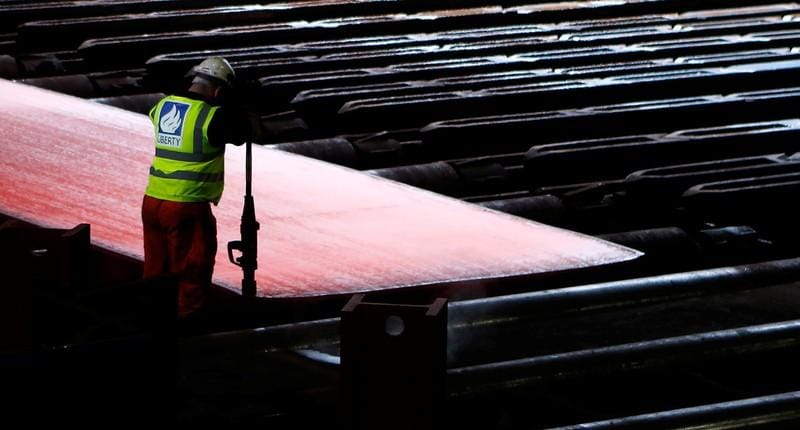 LONDON (Reuters) - British commodities tycoon Sanjeev Gupta will merge his family's steel operations by the end of the year into a new entity, the Liberty Steel Group, to be ready for a potential listing, he said on Tuesday.

Other companies in his family's privately-held GFG Alliance conglomerate will also be organised for possible IPOs in the future, he told Reuters in an interview.

"Whether it's the steel, aluminium or energy companies ... all the companies will be made ready in terms of governance, reporting and transparency, so they'll be ready in every way to go for a listing as and when they want to."

Currently the steel assets are held under GFG's Liberty House Group, but will be incorporated by the end of the year with a board of directors and consolidated accounts for its $15 billion of annual turnover.

"The merger will take place by the end of the year and we'll do a set of proforma numbers within Q1 next year," said Gupta, executive chairman of the GFG Alliance.

He said any potential listing could be in London or elsewhere.

Liberty Steel, with annual output of 18 million tonnes, would be the world's 17th largest steel producer, based on World Steel Association figures for 2018.

The new steel group, with operations in 10 countries and 30,000 employees, will also press ahead with a sustainable steel initiative, aiming to become carbon neutral by 2030, Gupta said.

Its so-called "GreenSteel" programme will partly focus on building more electric arc furnaces (EAF), which use less energy and are more efficient since they recycle scrap steel.

By expanding EAFs and using more renewable energy such as wind turbines to fuel its plants, Liberty should be able to move 70%-80% of the way to being carbon neutral, Gupta said.

Using hydrogen to make virgin steel is expected be the final piece of the puzzle, he added.

"Technically it's already been proven, you can make steel with hydrogen, the only question is the economic viability," Gupta said.

He expects hydrogen to follow a similar path to renewable energy, which has seen prices fall sharply in recent years and become more viable than many expected.

Gupta declined to comment on reports that his company was interested in bidding for Britain's second largest steelmaker British Steel, which went into liquidation on May 22.

A deal to save it from collapse was in jeopardy as exclusive negotiations with Turkey's military pension fund OYAK hit a deadline last week without an agreement.

GFG holdings had grown rapidly from its roots as a metals trader by spending billions of dollars buying up often troubled metals manufacturing facilities from the United States to Europe and Australia.