MET sees below normal rains: Here are the sectors, firms likely to be hit

It is now almost official. The country is bracing for a bad monsoon year.

The Met department yesterday predicted that India is likely to witness a "below normal" monsoon this season, blaming partly on El Nino, a weather phenomenon that results in drought and floods in the country.

According to the prediction, the country will receive rains amounting to only 93 percent of long period average of 50 years.

The news is particularly bad for the country, as the rural economy is already facing turbulence owing to falling income levels and unseasonal rains that is damaging standing summer crops.

Here's a low down how a second consecutive year of scanty rains will impact various sectors: 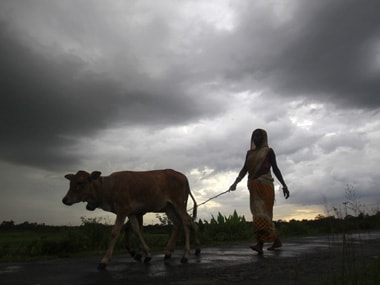 Tractors: Tractors segment in the auto sector will be the first to suffer in the event of a monsoon shortfall. The segment is already reeling under a slowdown. According to this report in the Business Today magazine, the sales during April-December have fallen 8.3 percent on year. The factors that have contributed to the decline are the deficient rain fall (89 percent) last year, low agricultural output and also the moderate increase in minimum support prices of various commodities. The slowdown, which is witnessed across regions, will likely become more protracted if the monsoon continues to play truant this year too.The companies that are likely to get affected are Mahindra & Mahindra Ltd, Tractor & Farm Equipment Ltd, Escorts Ltd, International Tractors Ltd, New Holland Tractors India Ltd and John Deere India Pvt Ltd.

Two-wheelers: This is the next segment that will be impacted by the rural slowdown. A recent research report by global brokerage firm Nomura said it expected 2015-16 to "be a slow year for the two-wheeler industry as rural demand is likely to remain weak over the next few months due to lower farm income led by unseasonal rains, lower MSP increases, etc." The IMD forecast was released when the report was published. But the US weather department had predicted a prolonged El Nino in 2015, which would mean a drought in India. If this happens, two-wheeler companies will suffer. Their only saving grace will be scooter sales, which have been on the rise due to urban demand. Nomura expects scooter sales to rise 12 percent in the current fiscal. The companies to watch out for include Bajaj Auto, Honda, Hero and TVS Motors.

Agri inputs: Another sector that would suffer huge losses due to a rain deficit is agri inputs, which includes fertiliser and chemicals. After last year's wobbly recovery, the sector has been witnessing a wobbly recovery due to the improved outlook for rabi crops. However, unseasonal rains seem to have dampened a full blown recovery. The prediction of a lower south west monsoon will only add to their pain. The companies to watch out for are Chambal Fertilisers, Deepak Fertilisers, GSFC, Coromandel International, PI Industries, Rallis India and UPL.

FMCG: A big chunk of sales of FMCG companies - about 35 percent of the total - comes from rural India. A slowdown in rural demand would shave off a their top line significantly. This has already happened as the distress in agrarian economy is taking a toll on these companies. According to brokerage firm IL&FS, even the urban revival that was expected to offset the rural slowdown has not yet happened. "While the expected revival in urban geographies is still negligible, we expect the demand environment in rural areas to weaken further in 4Q. As per our channel checks, ill‐timed rains have weakened the environment and no recovery is likely during the pre‐monsoon period," the brokerage firm said in a preview report. In case of a failure of monsoon in April-June, the companies are likely to be deeper trouble. The only positive as of now is the falling input costs because of the declining commodity prices. The companies to watch out for include Hindustan Unilever, Bata, Britannia, Colgate, Dabur, ITC, Marico and Nestle.

Banks: Banks are the proxy for the economy. Whatever impacts the economy, impacts banks too. A further slowdown in agricutlural output will impact public sector banks because they are already ridden with NPAs from not just industrial sector but from the agriculture sector too. As this Firstpost article notes they have loan outstanding of Rs 7.5 lakh crore to farmers as of February 2015. Finance minister Arun Jaitley has set a target to increase this to Rs 8.5 lakh crore, which is approximately 14 percent of the total bank loans. A slowdown in the agricultural sector increases the likelihood of a rise in farm NPAs. This may also prompt the government to waive of farm loans, which will hurt the lenders further. Worse still is a likely increase in inflation which will force the RBI to hold back further rate cuts. Watch out for all public sector banks.