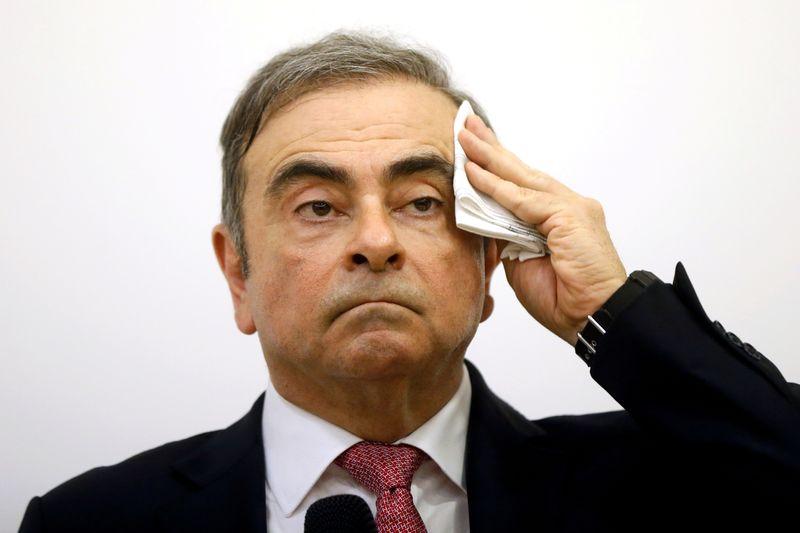 BOSTON (Reuters) - Lawyers for the former Green Beret and son wanted by Japan for helping former Nissan Motor Co <7201.T> boss Carlos Ghosn flee the country on Monday argued U.S. authorities wrongly arrested them for aiding a crime that they say does not exist in Japan: bail jumping.

Lawyers for Michael Taylor and his son, Peter Taylor, in a motion asked a federal judge in Boston to quash the U.S. warrants issued last month for their arrests or release them on bail while their extradition case proceeds.

U.S. authorities arrested the Taylors in May at Japan's request for allegedly smuggling Ghosn out of the country in a box while he was out on bail awaiting trial on financial charges.

Their lawyers on Monday argued that neither bail jumping nor helping someone do so are crimes in Japan.

The defense attorneys said that fact is "so far beyond dispute that the Japanese government has begun considering whether it should amend the law to make such conduct a crime."

While Japan has issued arrest warrants for the Taylors, their lawyers said the crime stated in the Japanese warrants is an immigration offense, a non-extraditable misdemeanor.

The lawyers added that neither Taylor, including Michael, a U.S. Army Special Forces veteran who founded a private security company, pose a flight risk requiring them to be held without bail.

The Justice Department and Japanese embassy in Washington did not respond to requests for comment.

U.S. authorities arrested the Taylors in Harvard, Massachusetts, on May 20 at the request of Japan, which in January issued arrest warrants for both men in connection with facilitating the Dec. 29, 2019 escape.

Ghosn fled to Lebanon, his childhood home, while he was awaiting trial on charges that he engaged in financial wrongdoing, including by understating his compensation in Nissan's financial statements. He denies wrongdoing.