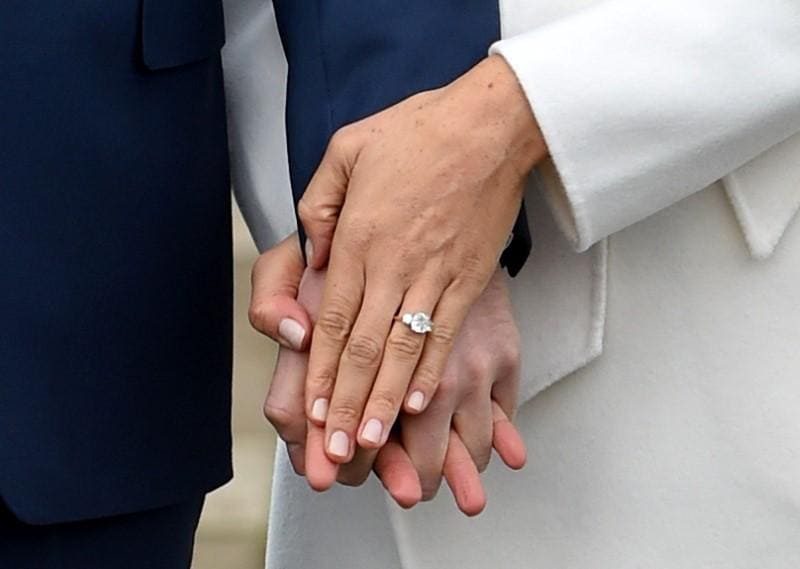 The first three months of the year were the strongest first quarter for gold jewelry demand in the United States since 2009, according to the World Gold Council. Sellers say that is due in no small part to the public's fascination with American actor Meghan Markle, who was engaged to Britain's Prince Harry last November and who married him in a dazzling ceremony on Saturday.

“Around that time (of the engagement), we started seeing more sales of yellow gold and the last couple months it’s increased more," David Borochov, of New York-based R&R Jewelers, said on Thursday. “Yellow gold jewelry sales have risen about 30 percent this year.”

For the last 15 years, white gold, silver and platinum have been the metals of choice for jewelry and couples tying the knot, jewelers said. Over the last few years, rose gold has become a favorite, while yellow gold was considered outdated.

Borochov said he typically sells about 70 to 80 percent in white gold and platinum, and 20 to 30 percent in yellow and rose gold. He expects the latter to increase.

“We saw an increase of about 20 percent (in yellow gold jewelry sales) from the beginning of the year,” said Nerik Shimunov, owner of Crown Jewelers in New York, which specializes in custom jewelry pieces for celebrities.

Meghan and Harry told the BBC in November that yellow gold is her favorite; her engagement ring is set in that metal.

Gold jewelry sales at Chicago-based Daniel Levy Jewelry increased by 10 percent after the engagement, “primarily because of the surplus of white gold,” said Daniel Levy, though he noted a recognizable shift to yellow gold.

“It would not be surprising to see the coverage of the royal wedding – including the choice of engagement ring and wedding band – influence shoppers’ behavior,” he said.