Mediaset CFO says ProSieben key partner but not the only one

By Elvira Pollina MILAN (Reuters) - Italian broadcaster Mediaset has built a stake in German rival ProSiebenSat.1 Media as it sees industry consolidation as inevitable but it will retain a flexible stance and may consider other partners, the group's CFO said on Wednesday. Milan-based Mediaset wants to merge its Italian and Spanish businesses into a Dutch entity, dubbed MediaforEurope (MFE), and use this to pursue tie-ups in Europe to take on competition from the likes of Netflix and Google . 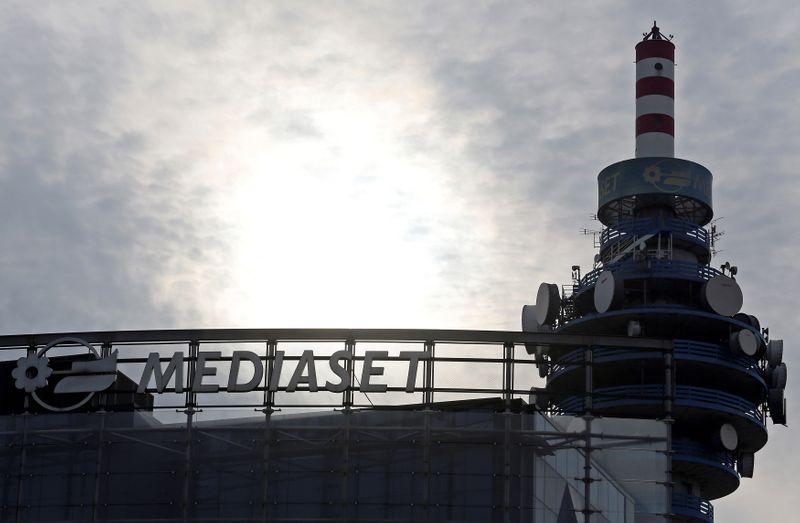 Milan-based Mediaset wants to merge its Italian and Spanish

In emailed comments to Reuters, CFO Marco Giordani said that the group controlled by the family of former Prime Minister Silvio Berlusconi was "receiving a lot of interest from investors and other media operators in Europe around our (MFE) project".

"(ProSieben) may be an important partner for that project but it is not the only one," he added.

He said Mediaset, which has a stake of more than 24% in ProSieben, had no plans to appoint a representative to its supervisory board at the German group's annual meeting on June 10.

ProSieben so far has shown little enthusiasm for a closer tie-up with Mediaset. Its new CEO Rainer Beaujean said last week no strategic talks were taking place with the Italian group.

"It is not our style to make aggressive moves or to appear as a hostile shareholder. We will remain at the same time flexible and long term committed to our idea of industrial development," Giordani said.

Mediaset sees its pan-European TV plan as a way to cope with challenges facing its traditional broadcasting industry, which has been hit by increasing popularity of streaming services among young viewers combined with a sluggish advertising market.

But opposition from its second largest shareholder Vivendi

With the MFE project stalled, the Italian broadcaster has been tightening its grip on ProSiebenSat.1, gradually building up its holding over the past year. That has prompted speculation Mediaset may launch a takeover bid or raise its stake further.

"The decision to increase our stake in ProSieben has been taken from this perspective: consolidation in Europe will happen in any case," Giordani said in his comments to Reuters.

He said that "at this very moment" Mediaset was happy with its stake in the German company and the financial structure implemented up to now.

The Italian group, at the last count, held a direct stake in ProSiebenSat.1 of 8.9%, plus a 15.2% stake holding through unspecified "instruments", according to regulatory filings.

That would give Mediaset up to 24.9% of voting rights in ProsiebenSat.1, the Italian group said in a statement last month.

Mediaset' shares ended down nearly 3% on Wednesday after the Italian broadcaster reported its first quarter financial results, including an estimate of a 39% fall in its revenue during the lockdown period in Italy, which has been gradually lifted since May 4.