By Aishwarya Venugopal (Reuters) - McDonald's Corp missed quarterly U.S. same-store sales estimates for the first time in at least two years amid fierce competition in a slack restaurant market, sending its shares down as much as 2.3 percent in midday trading. 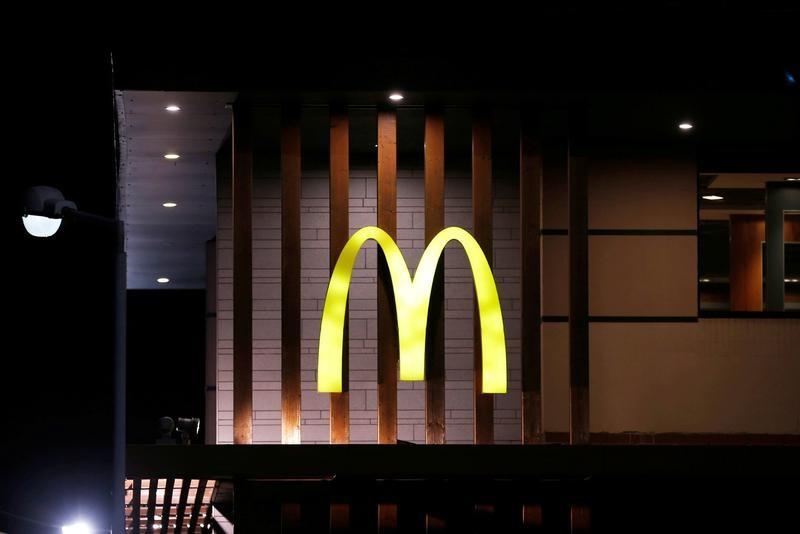 (Reuters) - McDonald's Corp missed quarterly U.S. same-store sales estimates for the first time in at least two years amid fierce competition in a slack restaurant market, sending its shares down as much as 2.3 percent in midday trading.

The burger giant has committed to a discount-value menu program and other specials -- notably its $1, $2 and $3 menus -- as it competes with long-time rivals and fast-growing chains like privately held Chick-fil-A, Yum Brands Inc's Taco Bell and Dunkin' Brands Group Inc.

"We don't strive to win on value, but we won't lose either," said Chief Financial Officer Kevin Ozan, on the restaurant chain's second-quarter earnings call.

The company's stock, a component of the blue-chip Dow Jones Industrial index, fell to $155.31 in midday trading. Shares have dropped nearly 10 percent since the start of the year, underperforming the S&P 500 Restaurants sub index, which is down about 6.4 percent in the year to date.

The company, which had said in the previous quarter it saw weakness in the highly competitive U.S breakfast category, said on Thursday that segment remained weak.

McDonald's quarterly sales at its U.S. restaurants open for at least 13 months grew at its slowest pace in over a year, at just 2.6 percent. That missed the average analyst estimate of a 2.96 percent rise.

Outside of the United States, business was healthier, with same-store sales for the company's international markets, including France and Britain, jumping 4.9 percent. Analysts had forecast a more modest growth of 3.94 percent.

This helped McDonald's worldwide sales at stores open for at least 13 months to grow 4 percent, exceeding analyst estimates for 3.60 percent growth, according to Thomson Reuters I/B/E/S.

(Reporting by Aishwarya Venugopal in Bengaluru and Alana Wise in New York; Editing by Arun Koyyur and Bernadette Baum)