By Ankit Ajmera (Reuters) - U.S. hotel operator Marriott missed already lowered estimates for first-quarter profit by a huge margin on Monday, as bookings plunged due to the coronavirus-led lockdowns that kept a quarter of its hotels closed 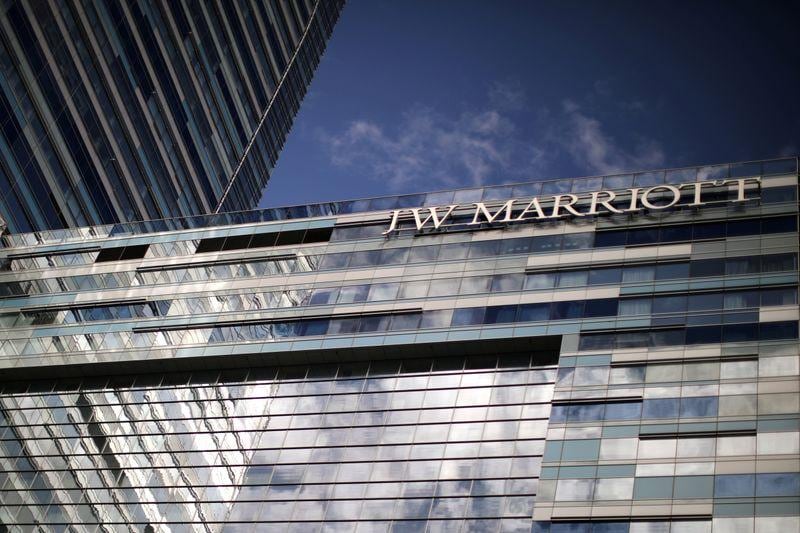 In line with Holiday Inn-owner IHG's announcement last week, the company said its bookings in Greater China improved in April as the world's second-largest economy gradually reopened for business.

Marriott's shares, down 42% this year already, fell as much as 6.5% as the company reported a 90% slump in the industry's closely watched revenue per available room indicator in April.

"April seems to have defined the bottom (for Marriott)," Chief Executive Officer Arne Sorenson said, as the company was affected by the COVID-19 pandemic that led thousands of people to cancel bookings and stay at home to contain the spread of the deadly virus.

Soreson said demand was, however, starting to crawl back. "As restrictions are released, I think the trend line now is towards more (hotel) openings, not towards more closings."

Marriott, which reported a 22.5% decline in first-quarter revenue per available room, would be adding thousands more hotel rooms in over the next year or two, as they have already been under development.

The company's worldwide development pipeline totaled nearly 3,035 hotels with about 516,000 rooms. More than 230,000 rooms in the pipeline were under construction as of the end of the first quarter.

Marriott is cutting or deferring around 45% of its earlier 2020 spending forecast of between $700 million and $800 million, but any cutbacks in new investments would only begin to be visible in 2022, SunTrust Robinson analyst Patrick Scholes said.

Sorenson said occupancy at Marriott hotels in Greater China was just over 30% presently, up from less than 10% in mid-February 2020, and said that was evidence of the resilience of travel demand.

Marriott's total debt jumped by about 12% to $12.23 billion in the quarter and the company said it had net liquidity of about $4.3 billion as of May 8.

Analysts on average had expected Marriott to earn 80 cents per share on revenue $4.03 billion, according to IBES data from Refinitiv.

(Reporting by Ankit Ajmera in Bengaluru; Editing by Shinjini Ganguli)