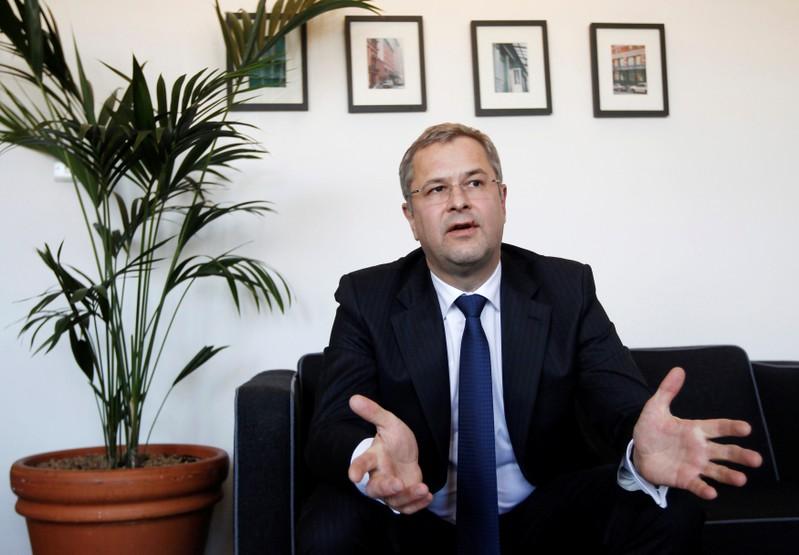 By Jacob Gronholt-Pedersen and Stine Jacobsen

Maersk is also moving ahead with spinning off Maersk Drilling, announcing it expected its new listing in Copenhagen to begin trading on April 4.

Maersk, a bellwether for global trade, warned that growth in the number of containers being moved around the world would deteriorate further this year.

It expected global container growth of 1-3 percent in 2019, down from just under 4 percent last year and significantly weaker than the near 6 percent expansion achieved in 2017.

"The container industry is suffering at the moment and prospects of recovery are far away," said Sydbank analyst Morten Imsgard.

One big uncertainty is the current trade war between the world's two biggest economies, the United States and China.

Maersk said the effect of trade restrictions introduced last year would cut global container trade growth by between 0.3 and 1 percentage points annually this year and next if U.S. tariffs are lifted to 25 percent in March.

Time is running short ahead of the March 1 deadline to resolve the dispute or see U.S. tariffs on $200 billion in Chinese goods rise to that level from 10 percent currently.

If tariffs remain at the current level the reduction in container trade growth would be between 0.2 and 0.5 points, Maersk said.

"I don't think (the current China trade talks) will be the last we hear about the trade war, because the United States clearly has a need for a showdown with Europe," chief executive Soren Skou said.

Maersk is cautiously watching trade discussions between the U.S. and Europe on potential tariffs on cars, he added.

Maersk expects 2019 earnings before interest, tax, depreciation and amortisation (EBITDA) to reach around $5 billion as calculated under International Financial Reporting Standards (IFRS), or around $4 billion excluding the effects.

A Reuters poll showed analysts on average expected 2019 EBITDA of $5.32 billion, though it was not immediately clear whether this included the effects of IFRS.

Shares were trading 12.3 percent lower at 0923 GMT, with analysts citing the soft 2019 outlook as the main driver behind the drop.

IFRS-adjusted EBITDA for last year came in at $5.0 billion, while the unadjusted number was $3.8 billion, broadly in line with analysts' expectations.

"Profitability needs to improve," Skou said in a statement.