Lyft to woo investors with fast U.S. growth in IPO race with Uber

By Heather Somerville and Joshua Franklin SAN FRANCISCO/NEW YORK (Reuters) - Lyft Inc will pitch investors on its fast growth in the United States as it seeks to beat out Uber Technologies Inc to become the first publicly listed ride-hailing company, according to people familiar with the matter. 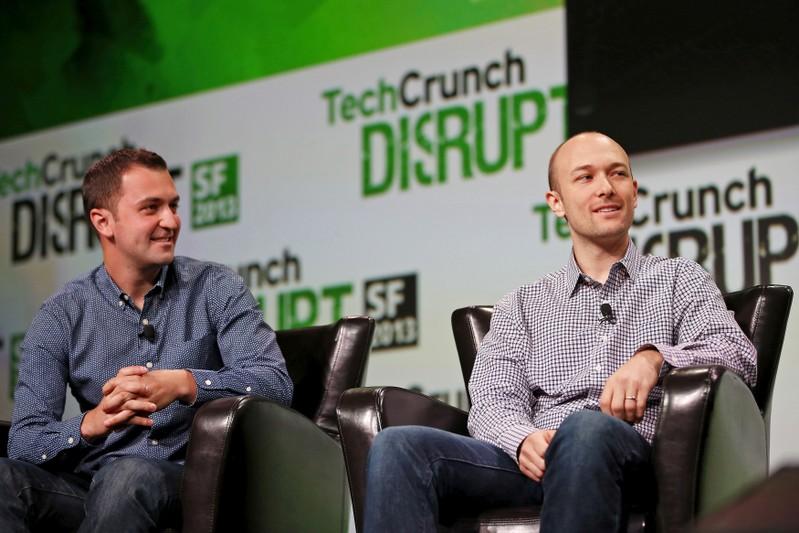 By Heather Somerville and Joshua Franklin

SAN FRANCISCO/NEW YORK (Reuters) - Lyft Inc will pitch investors on its fast growth in the United States as it seeks to beat out Uber Technologies Inc to become the first publicly listed ride-hailing company, according to people familiar with the matter.

Lyft plans to tell investors its U.S. market share is approaching 40 percent, up from 35 percent in early 2018, the people said. The company has pushed aggressively into smaller and mid-sized cities. Lyft currently serves more than 600 American and Canadian cities, three times more than in early 2017.

San Francisco-based Lyft is under pressure to sell investors on its prospects as it races neck-and-neck with Uber to an initial public offering (IPO) that could come as early as the second quarter of 2019.

If Lyft gets to list first, it would avoid being judged by the valuation given to its larger rival.

Uber remains the undisputed king of ride-hailing in terms of size. Its revenue for the third quarter of 2018 was $2.95 billion, up 38 percent from the prior year. It operates in about 70 countries and also has businesses in freight hauling, autonomous driving, food delivery, air taxis and artificial intelligence research.

In contrast, Lyft is available only in the United States and Canada. And it has stayed tightly focused on its core ride-hailing service. Lyft has kept its financials secret.

It is estimated to be worth between $20 billion and $30 billion, compared to Uber's prospects for a valuation of up to $120 billion. So Lyft will be seeking to assure IPO investors it represents an attractive bet compared to its more established competitor, people familiar with its marketing strategy said.

Lyft has benefited from a spate of scandals that rocked Uber in 2017, including allegations of sexual harassment made by its female employees, the forced resignation of its chief executive officer and its use of illicit software to deceive regulators. A #DeleteUber campaign surged on social media. The negative publicity helped Lyft attract new drivers and riders without spending much on marketing.

Given that both Uber and Lyft are still losing money, investors will be focused on their growth and potential for future profitability. Lyft has prepared some earnings metrics it hopes will persuade investors that it will not be in the red for long, the people familiar with its strategy said.

These include its overall growth in ride bookings, the total number of rides per passenger, the commissions it earns from drivers, and the percentage of rides across its different ride types, particularly its growing carpooling service, the people said.

"The IPO market will be focused on growth," said Jim Williams, chief investment officer of Creative Planning Inc, a wealth and investment manager in Overland Park, Kansas. His firm advises clients who already own shares in Lyft and Uber as well as those considering buying stock in the companies.

Investors will be assessing the companies based on the number of new riders and total rides, Williams said.

They will want to know, "Are these companies expanding?" he said.

(For a graphic on global growth projections for ride sharing, see: https://tmsnrt.rs/2V51lqr)

Uber reported sharply slower global bookings growth in the third quarter of 2018; that figure slid to 6 percent over the previous quarter in a business that had routinely been expanding by double-digit percentages.

People familiar with management's thinking say Uber executives are concerned that if investors judge the company by the same yardstick as Lyft -- focusing on the number of rides it sells as opposed to its other initiatives -- its valuation could suffer in an IPO.

Uber plans to portray itself to IPO investors as a global logistics and mobility platform, and will spend less time on metrics specific to its core ride-hailing business, the people said.

Over the last year, Uber CEO Dara Khosrowshahi has sought to direct investor attention to food-delivery business Uber Eats, whose revenue grew 150 percent in the third quarter over the previous year.

Uber and Lyft continue to diverge, offering different financial opportunities to IPO buyers, according to Anna-Marie Wascher, CEO and founding partner at Flat World Partners, an investment management firm that made an early Lyft investment.

"With Uber, you will invest in Uber Eats and global expansion," Wascher said. "Lyft will get investors betting on the U.S. ride-hailing market."