PARIS (Reuters) - LVMH is 'cautiously' confident about the year ahead after fourth-quarter sales held up despite fears of a China slowdown, powered by accelerating growth at Louis Vuitton handbags. 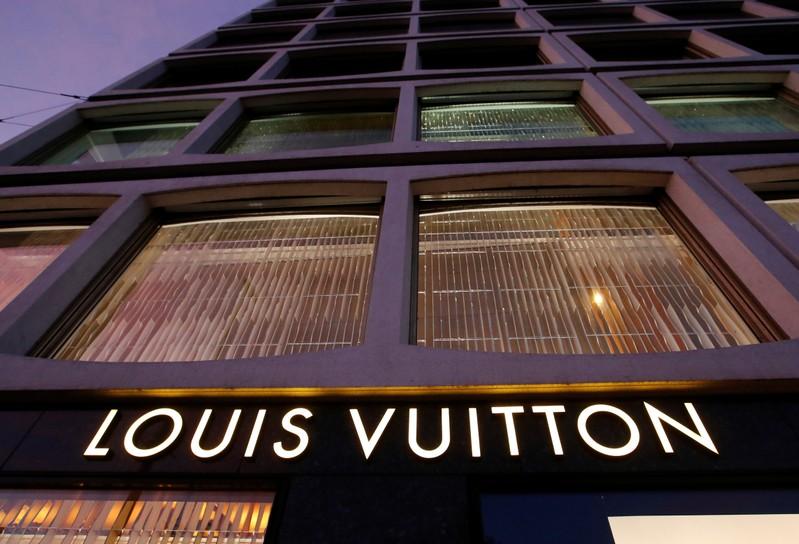 PARIS (Reuters) - LVMH is "cautiously" confident about the year ahead after fourth-quarter sales held up despite fears of a China slowdown, powered by accelerating growth at Louis Vuitton handbags.

Luxury goods companies have been hit by investor nervousness over signs of slowing demand from Chinese shoppers, their biggest customer group, as consumer and business confidence sours in the country and the Sino-U.S. trade war drags on.

But LVMH remained upbeat on prospects for the current year in its fourth-quarter results published on Tuesday, and said demand in China had picked up in the fourth quarter.

"We are confident for 2019, which got off to a good start, but we're not in control of the global environment," billionaire LVMH boss Bernard Arnault told a news conference, adding that the benign industry backdrop would not last forever.

Arnault also revealed that Louis Vuitton's sales exceeded 10 billion euros in 2018, making it the biggest fashion brand in the world ahead of Chanel and Kering's Gucci.

LVMH, the luxury industry's biggest player and home to fashion brands like Givenchy and champagne label Moet & Chandon, reported revenues of 13.7 billion euros ($15.64 billion) for the October to December period.

Sales grew 9 percent on a like-for-like basis - which strips out currency swings and the effect of store openings and acquisitions - compared to 10 percent in the July to September period, and in line with forecasts.

More broadly in Asia, where the group generates the bulk of its earnings, revenue also accelerated in the fourth quarter.

LVMH and its rivals, including Paris-based Gucci owner Kering, have relied on growing appetite from young, middle class Chinese shoppers in the past two years to lift sales, and they say this trend has legs in the long run.

Other luxury brands have reported encouraging signals from their Chinese customers in recent months. Britain's Burberry stated last week that demand from this clientele globally had edged up in the October-December period. Yet shopping patterns are shifting, with mainland China becoming more alluring due to import tax cuts and a falling yuan, to the detriment of some luxury hotspots like Hong Kong.

A slowing property market in China, meanwhile, is adding to investors' concerns about cooling economic growth and a squeeze on consumers' wealth.

LVMH said its operating income rose 21 percent in 2018 as a whole, hitting a record 10 billion euros.

The group, which has grown over the decades with a series of high profile acquisitions, said its free cash flow grew 16 percent last year to 5.5 billion euros.

LVMH also said it was increasing its dividend on 2018 earnings by 20 percent to 6 euros per share.