By Eric M. Johnson and Ankit Ajmera (Reuters) - Boeing Co took a hefty $6.5 billion charge on its all-new 777X jetliner as it posted a record annual loss on Wednesday due to the coronavirus pandemic and the aftermath of a two-year safety crisis over its 737 MAX 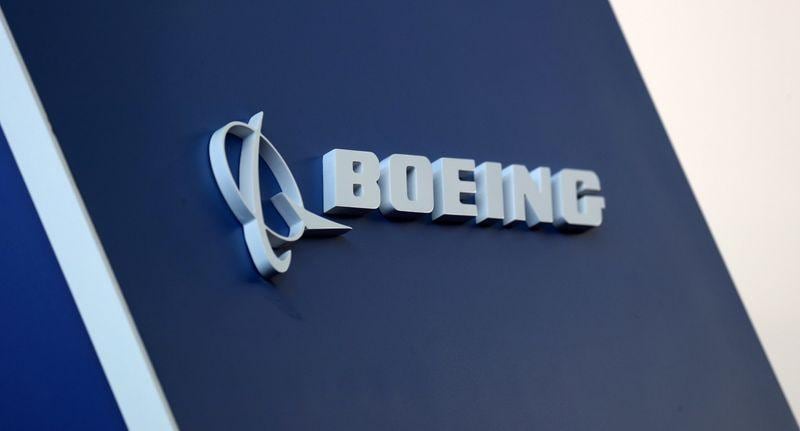 (Reuters) - Boeing Co took a hefty $6.5 billion charge on its all-new 777X jetliner as it posted a record annual loss on Wednesday due to the coronavirus pandemic and the aftermath of a two-year safety crisis over its 737 MAX.

The results cap a tumultuous year for the world's largest aerospace company during which the pandemic erased demand for the industry's largest jetliners just as Boeing fights to emerge from the nearly two-year grounding of its best-selling 737 MAX after fatal crashes.

Boeing said it now expects the 777X, a larger version of the 777 mini-jumbo, to enter service by late 2023, three years later than initially planned, with a longer and costlier certification process after scrutiny over the 737 MAX.

"2020 was a historically challenging year for our world," he said.

Calhoun said Boeing has sufficient liquidity to manage the downturn but sounded a note of caution on the smoothness of vaccine distribution and an early summer rebound in air travel.

The historic slump in air travel and expanded inspections over production defects has halted deliveries of some 80 787s to airlines so far, cutting off a key source of cash and raising the prospect of a reach-forward loss as Boeing works to clear an inventory of about 450 737 MAX jets.

Boeing said it expects to resume handing over 787s to customers later this quarter, with none in January and few in February, though analysts say deliveries are not expected to recover to 2019 levels until at least 2024.

The company reaffirmed plans to hit a sharply-reduced production rate of 5 787s per month in March, when it will consolidate production at its South Carolina factory, a decision first reported by Reuters.

Boeing, which has delivered some 40 737 MAXs from its stored inventory, is also sticking with plans to reach a production rate of 31 737 jets per month by the beginning of 2022, though at least one analyst expects that to slip to early 2023.

The European Union Aviation Safety Agency (EASA) lifted its own 22-month 737 MAX flight ban on Wednesday, as did Britain's Civil Aviation Authority (CAA), following a move by U.S. counterparts in November and Brazil and Canada afterward.

China, which was first to ban the plane after the second crash in March 2019 and which represents a quarter of MAX sales, has not said when it will act.

Even so, Boeing said on Wednesday it expects to win remaining 737 MAX regulatory approvals in the first half of 2021.

Demand from China also been curbed by years of trade tensions between Washington and Beijing, though industry sources have expressed cautious hope for a revived deal now U.S. President Joe Biden is in office, following a pattern of government-brokered Chinese jet orders coinciding with transfers of power or diplomatic resets.

Boeing unveiled $8.3 billion in operating charges on Wednesday, including a $468 million charge for abnormal 737 production costs, $275 million over KC-46 aerial refueling tanker production issues, and $744 million linked to its 737 MAX settlement with the U.S. Department of Justice over a fraud conspiracy charge.

(Reporting by Eric M. Johnson in Seattle and Ankit Ajmera in Bengaluru; Editing by Saumyadeb Chakrabarty and Nick Zieminski and Kirsten Donovan)