New Delhi: Drug major Lupin on Wednesday posted a loss of Rs 151.75 crore for December quarter 2018, on account of one-time provisioning of Rs 342.22 crore related to a litigation over blood pressure lowering drug Perindopril in Europe.

The Mumbai-based firm had posted a net profit of Rs 221.73 crore in the October-December period of previous fiscal.

Income from operations rose to Rs 4,377.94 crore in the period under review as compared with Rs 3,900.36 crore in the year-ago quarter, Lupin said in a statement. 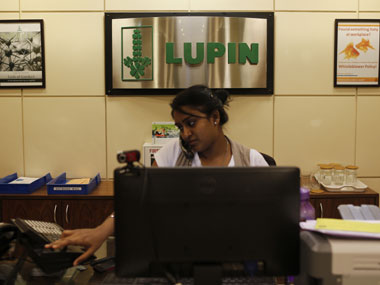 On 12 December, 2018, the General Court of the European Union delivered its judgment concerning Lupin's appeal against the European Commission's 2014 decision in a litigation related to Perindopril.

The company intends to appeal against this decision before the European Court of Justice, it added.

In 2014, Lupin and Unichem Laboratories were among six global drug makers on which the European regulator had imposed a collective fine of 427.7 million euros for striking deals to prevent entry of cheaper versions of Perindopril in the EU.

The company's net profit before exceptional items for the third quarter stood at Rs 190.5 crore.

Commenting on the results, Lupin managing director Nilesh Gupta said after witnessing a tough first half, the company is now starting to see growth in the US.

"The growth momentum in the US will continue into the next quarter as we are on track with important launches like Levothyroxine and Ranolazine...We are also on track to deliver on our cost optimisation efforts and expect meaningful benefit next fiscal onwards," he added.

Lupin said its North America sales for third quarter stood at Rs 1,417.4 crore as compared with Rs 1,432.1 crore during the same period of previous fiscal.