By Ekaterina Kravtsova LONDON (Reuters) - Global prices for liquefied natural gas (LNG) edged higher this week, helped by a slight drop in temperatures in some parts of Asia and a fall in shipping rates. Prices for February delivery to Asia were estimated at $9.10 to $9.40 per million British thermal units (mmBtu), slightly higher than estimated prices last week of $9.10-$9.30 mmBtu. 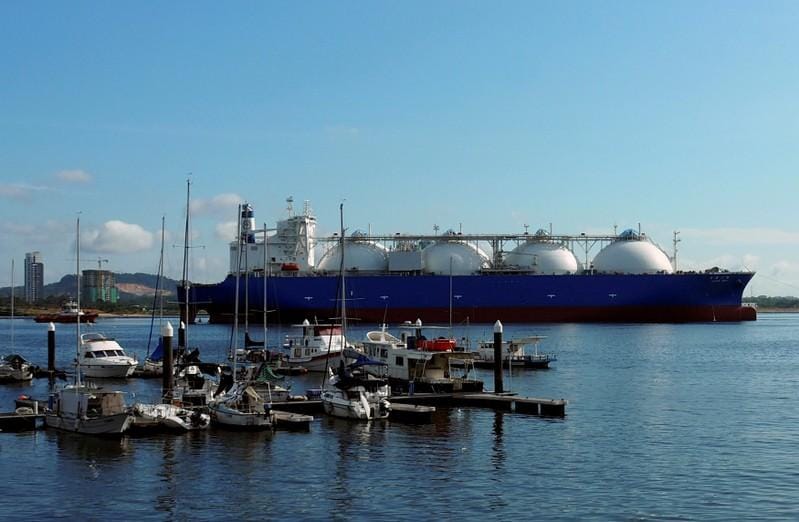 LONDON (Reuters) - Global prices for liquefied natural gas (LNG) edged higher this week, helped by a slight drop in temperatures in some parts of Asia and a fall in shipping rates.

Prices for February delivery to Asia were estimated at $9.10 to $9.40 per million British thermal units (mmBtu), slightly higher than estimated prices last week of $9.10-$9.30 mmBtu.

But traders said Asian demand remained subdued, so any further price rise was likely to be short-lived.

"I see some traders reacting positively but this is a short-term trend," an LNG trader said.

Another trader said weather in Asia would have to turn cold for three weeks before a sustainable rise in prices.

Physical trading activity has focused on cargoes for delivery in late January and early February, traders said, adding that there was almost no liquidity in March cargoes.

Buyers in China and Japan were looking to sell excess cargoes.

Temperatures in the Beijing area are forecast to drop below the norm at the end of December but average at above the season's norm in January, Revinitiv Eikon data showed.

"In previous years, Japanese buyers could say they would not buy anything but if offered a discount they did buy. This year, they physically can’t import more volumes," a trader in an Asian company said.

India and Europe drove the LNG demand this week. A cargo from Oman's Qalhat plant was sold into India for the first half of February delivery at $9.10 mmBtu, industry sources said.

India's Gail was looking for four cargoes for delivery in the first quarter of 2019. India will also receive around two cargoes from Angola at the end of January and early February.

One trader in Europe said Spain looked like a favourable market for LNG delivery, while Italy was opening a tender on Friday for a spot delivery into the Offshore LNG Toscana terminal from Jan. 19.

Shipping rates reduced to around $110,000-$120,000 per day as the number of available ships increased in December. Lower shipping rates tend to encourage more LNG deals.

At least three vessels are open on the prompt basis in the Far East and the Middle East, with six becoming available between late December and early January.

"Some ships have been idle for 15 days now," a shipbroker said, adding that vessels were becoming available for February and March.