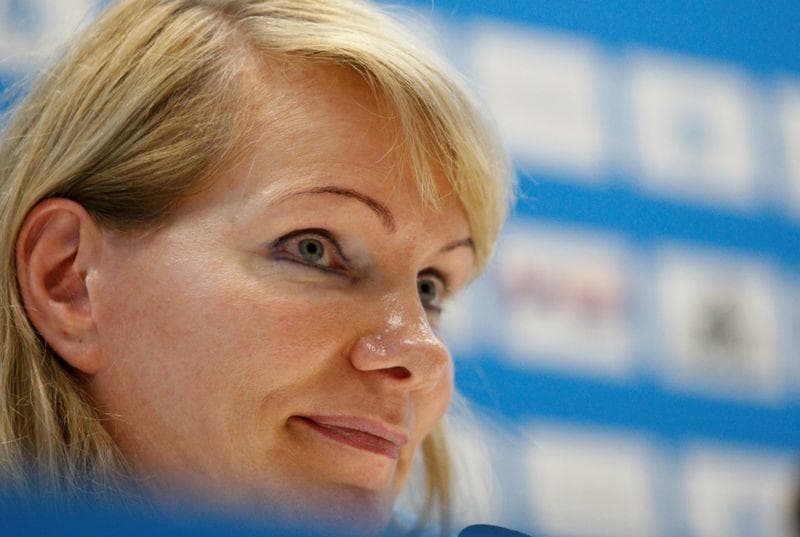 LDC's chairwoman, who assumed control of the 169-year-old business in 2009, faces a requirement to buy shares from family minorities wishing to sell under a long-term arrangement established by her late husband Robert.

She said a year ago that she had completed the purchase of 16.6% of LDC's holding company from other family members, bringing her stake to about 96%.

LDC had previously indicated that she had obtained a bank loan to finance the buyout, without giving details.

Credit Suisse and LDC did not respond to requests for further details.

An annual filing by Akira B.V., which represents the family trust headed by Margarita Louis-Dreyfus, said it had borrowed $1.03 billion from Credit Suisse (Switzerland) Ltd on or about Jan. 25, 2019.

"In anticipation of the borrowing of the foregoing funds, the Company pledged all of its shares of LDHBV to Credit Suisse (Switzerland) Ltd," Akira said in filing, which was made in the Netherlands on Dec. 31.

LDHBV, short for Louis Dreyfus Holding B.V., is the structure that holds the family's shares in LDC.

The document did not indicate when the loan should be repaid.

Last January's share buyout was the second by Margarita Louis-Dreyfus and like the previous one concluded in 2015 it followed protracted negotiations over valuation.

The exit of most other family members could be followed by the entry of outside investors for the first time after LDC said last year that it may look at selling stakes.

The group specified it could bring "regional players" into its capital, suggesting industry partners operating in one region rather than worldwide like LDC.

In November, LDC, also known as Dreyfus, launched a cost-cutting plan after a decline in first-half profits which it blamed on international trade tensions and a swine disease epidemic in Asia.

Dividends have offered some leverage for Margarita Louis-Dreyfus and LDC disclosed in its 2019 interim results that it had paid its biggest dividend in five years.

Akira's filing showed it had received a dividend of $241.3 million from LDC's holding structure in March 2019.

These dividends have reduced LDC's equity value, which the company put at $4.6 billion as of June 30 last year, versus $5 billion at the end of 2018.

LDC's total debt rose to $8.2 billion from $7.9 billion over the same period, although its preferred measure of adjusted debt excluding inventories rose only slightly to $3.2 billion.

The price paid by Akira for the 16.6% stake was $824.7 million, broadly in line with previous valuations, the filing showed.

The document also disclosed other loans by Credit Suisse to Akira and associated entities. These included more than $400 million granted in 2015, although all obligations under that facility were settled last year, it showed.