By Thyagaraju Adinarayan and Caroline Valetkevitch LONDON/NEW YORK (Reuters) - A major chunk of the global recovery in companies' earnings expected in the first quarter is at risk of being pushed back further as lockdowns and mobility restrictions in several countries cloud hopes of a swifter economic rebound, investment banks said. 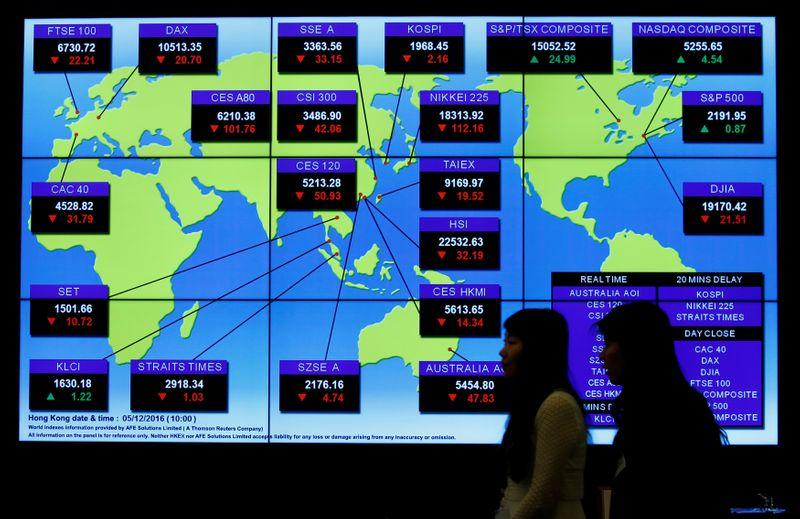 LONDON/NEW YORK (Reuters) - A major chunk of the global recovery in companies' earnings expected in the first quarter is at risk of being pushed back further as lockdowns and mobility restrictions in several countries cloud hopes of a swifter economic rebound, investment banks said.

Germany, Britain and the Netherlands indicated strict COVID-19 curbs would last into early February and Italy said it would extend its state of emergency to the end of April. Japan also expanded a state of emergency in Tokyo, hurting the prospects of holding an already delayed Summer Olympics.

In the United States, sweeping stay-at-home orders were re-instituted last month in California, the most populous state, as infections surged.

Those actions globally prompted words of caution from major investment banks and other market-watchers.

"An additional wave of COVID is among the key risks to be monitored this year," said Vincent Manuel, global CIO at Indosuez Wealth Management.

"In the past two quarters we were in the trend of positive earnings momentum both in Europe and in the U.S., which was coming from the value segments of the market. Now it's true that should we have disruptions from COVID, it would trigger negative revisions for Q1, but what matters even more is the rebound capacity of earnings over the following quarters."

Analysts' earnings estimates for the first quarter did not reflect the worry either - Europe is seen reporting a whopping 40% jump in profits, while earnings of U.S. S&P 500 companies are forecast to rise by 16%, according to IBES data from Refinitiv. The S&P 500 first-quarter estimated profit growth is up slightly since Jan. 1.

First-quarter and 2021 corporate guidance will be key for investors in the coming weeks. This week marks the start of fourth-quarter 2020 earnings for U.S. companies, with results from JPMorgan Chase and other major banks due on Friday.

"We see risks of downward guidance this earnings season," BofA's equity strategist, Savita Subramanian, said in a note on Wednesday, highlighting a consensus on U.S. profits that points to a drop of just 3% versus pre-COVID-19 levels in 2019.

There were some cracks appearing in expectations of a V-shaped bounceback in earnings, with the pace of upward revisions in global earnings estimates cooling down in recent weeks.

Many companies are still troubled by the pandemic. Coca-Cola Co said last month it will cut 2,200 jobs globally, including 1,200 in the United States, due to the impact of the virus on the economy.

Still, U.S. and European companies were seen reporting profit growth of 20.8% and 38% respectively for 2021, according to Refinitiv based on MSCI indexes.

Some U.S. strategists think consensus forecasts may be underestimating the expected pickup in the economy.

Jonathan Golub, chief U.S. equity strategist and head of quantitative research at Credit Suisse Securities, raised his 2021 targets on the S&P 500 last week, saying in a report that "the likely avalanche of pent-up consumer demand cannot be ignored."

Vaccine rollouts have been a major reason for the rosy outlook picture.

"There is widespread hope that a COVID-19 vaccine rollout in 2021 can normalize the underlying real economy and increase earnings, employment and margins," said Steen Jakobsen, chief investment officer at investment bank Saxo.

"The risk is that new mutations of the virus will dilute our attempt to normalise our society with the first-generation vaccine."