By Ulf Laessing TRIPOLI (Reuters) - Libya's U.N.-recognised government has budgeted up to 2 billion dinars ($1.43 billion) to cover costs of a three-week-old war for control of the capital, such as treatment for the wounded, to be funded without new borrowing, the economy minister said. Ali Abdulaziz Issawi suggested the government hoped for business to continue more or less as usual despite the assault on Tripoli, in the country's northwest, by forces tied to a parallel administration based in the eastern city of Benghazi 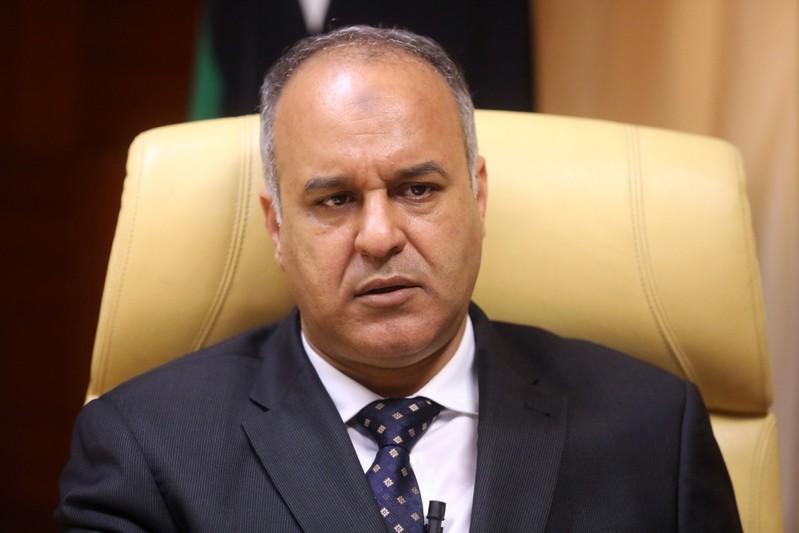 TRIPOLI (Reuters) - Libya's U.N.-recognised government has budgeted up to 2 billion dinars ($1.43 billion) to cover costs of a three-week-old war for control of the capital, such as treatment for the wounded, to be funded without new borrowing, the economy minister said.

Ali Abdulaziz Issawi suggested the government hoped for business to continue more or less as usual despite the assault on Tripoli, in the country's northwest, by forces tied to a parallel administration based in the eastern city of Benghazi.

Once Africa's third largest producer of oil, Libya has been riven by factional conflict since the fall of Muammar Gaddafi in 2011, with the country now broadly split between eastern-based forces under Khalifa Haftar and the U.N.-backed government in Tripoli, in the west, under Prime Minister Fayez al-Serraj.

Still, with Haftar's Libyan National Army forces unable so far to pierce defences in Tripoli's southern suburbs, normal life and business activities continue in much of the capital and western coastal towns.

Issawi, in an interview with Reuters in his Tripoli office, also said Libya's commercial ports and wheat imports were still functioning normally, although some roads have been blocked.

He said the Serraj government estimates it will spend up to 2 billion dinars extra on medical treatment for wounded, aid for displaced people and other "emergency" war costs.

He said this was not military spending but analysts believe that the sum will also cover expenditures such as pay for allied armed groups or food for fighters.

"We could actually spend less," he added, in comments that gave the first insight into the economic impact of the fighting.

Issawi said the Tripoli government, which controls little territory beyond the greater capital region, would not incur new debt to fund the war costs, sticking to a plan to post a 2019 budget without a deficit.

But with centralised tax collection greatly diminished, public debt has piled up - to 68 billion dinars in the west, including unpaid state obligations such as social insurance.

Some analysts expect Serraj's government will be forced to raise new debt if the war for control of Tripoli drags on.

With much of Libya dominated by armed factions that also act as security forces, the public wage bill for both the western and eastern administrations has soared as fighters have been made public employees in efforts to buy their loyalty.

The east has sold bonds worth 35 billion dinars outside the official financial system as the Tripoli central bank does not fund the parallel government apart from some wages.

Despite its limited reach, the Tripoli government still runs an annual budget of around 46.8 billion dinars, mainly for public salaries and fuel subsidies.

"This year we cannot finance via debt...we will not borrow (by agreement with the central bank)," Issawi said.

According to International Monetary Fund data, Libya's central government debt-to-GDP ratio is 143 percent, making it one of the most heavily indebted in the world on that measure.

Issawi declined to say what parts of the budget would be trimmed to support the extra outlay for war costs.

However, with some 70 percent of the budget allocated to public wages, fuel subsidies and other welfare benefits, a portion devoted to infrastructure is most likely to be axed.

Widespread lawlessness has meant there have been no major infrastructural projects since 2011, when a NATO-backed uprising overthrew dictator Muammar Gaddafi, leaving schools, hospitals and roads in acute need of restoration.

Issawi said the government planned to raise as much as 30 billion dinars by the end of 2019 from hard currency deals after imposing in September a 183 percent surcharge on commercial and private transactions done on the official rate of 1.4 to the U.S. dollar. That fee has effectively devalued the official rate to 3.9, much closer to the black market equivalent.

Some 17 billion dinars have been raised since then, with hard currency allocated for import credit letters now issued without delays, Issawi said. The forex fee has helped the government forecast a budget in the black for 2019.

Despite the narrowing spread between the two rates, the black market continues to thrive. Dozens of traders remained at their favourite spot behind the central bank headquarters in Tripoli when Reuters reporters visited it last week.

But traders said it could take time for the Serraj government to register the extra forex receipts as official banking channels were taking up to six months to approve import financing, keeping the black market in play for dealers.

Issawi said authorities planned to lower the forex fee from 183 percent, without saying when. The black market rate has dropped from 6 to around 4.1 since September but it has hardly moved of late as demand for black market cash remains high.

The Tripoli government has stopped subsidising food and bread, which used to be cheaper than drinking water in Libya. Wheat imports are now being arranged by private traders and there are surplus stocks of flour at the moment, Issawi said.

(Reporting by Ulf Laessing in Tripoli with additional reporting by Karin Strohecker in London; Editing by Mark Heinrich)