Legal battles, education sessions and firings - Inside the fight for unions at Samsung

By Ju-min Park SEOUL (Reuters) - When Jo Jang-hee, a restaurant manager at a Samsung amusement park, tried to set up a labour union in 2011, human resources managers gathered him and some 60 colleagues into a basement seminar room. Showing pictures of Detroit's foreclosed houses and rusted car plants on a big screen, the officials had a message to deliver: Unions were to blame for the downfall of the U.S. 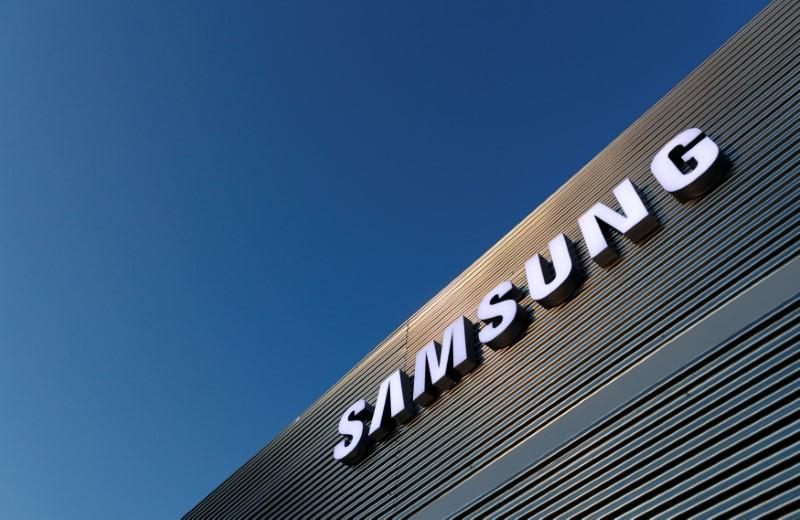 SEOUL (Reuters) - When Jo Jang-hee, a restaurant manager at a Samsung amusement park, tried to set up a labour union in 2011, human resources managers gathered him and some 60 colleagues into a basement seminar room.

Showing pictures of Detroit's foreclosed houses and rusted car plants on a big screen, the officials had a message to deliver: Unions were to blame for the downfall of the U.S. car industry.

“Everyone: Decide whether it is better to have an union or not," one of officials said, according to a transcript provided by Jo, a 22-year veteran at Samsung's Everland theme park.

“Then managers offered to give me anything I want - better pay, promotion, you name it," Jo said.

Jo says he was fired days after he went on to start a union in July that year. Samsung said his repeated violation of company rules was the reason for the layoff, according to court documents.

But five years later, the Supreme Court ruled the sacking was retaliation against Jo's union activities and the company reinstated him.

“The company has respected the Supreme Court’s ruling that the layoff was excessive although some grounds of its disciplinary action were accepted and the company has completed measures such as reinstatement,” Samsung C&T Corp, the unit that runs Everland, said in a statement to Reuters. It denied Jo’s claim that he was offered better pay or a promotion.

A hundred pages of court documents from Jo's legal battle with Samsung reviewed by Reuters, and interviews with seven former and current employees, provide a glimpse into how South Korea's most powerful family-run conglomerate has for decades undermined workers' efforts to organise labour.

Samsung Electronics, the flagship company of the sprawling group, said in a statement for Reuters its repair unit was fully cooperating with the investigation. The firm declined to comment further as the probe was still underway.

The scrutiny is the latest setback for Samsung, long revered for helping catapult the country into Asia's fourth-largest economy, but which has also faced allegations of bribery and corruption in addition to its activities around unions.

Amid criticisms about self-interest and sometimes militant tactics, union participation rates in South Korea have halved since the 1980s to around 10 percent. That is the second-lowest after Turkey among member countries of the Organisation for Economic Co-operation and Development.

At Samsung, the rate is much lower. Unions say less than 300 of Samsung's 200,000 South Korean workers across its more than 60 affiliates are unionised, compared with 74 percent of Hyundai Motor's 68,000 workers.

Some Samsung employees say there is too much risk in joining a union, for little obvious benefit.

"My company treats me just fine and I am not convinced if there’s any advantage for taking the risk to join a union,” said a Samsung Electronics engineer in his late 30s said, requesting anonymity as he is not authorized to speak to media.

Some evidence in Jo's case, however, showed Samsung was countering attempts to organise labour.

A document, which the court said was written by Samsung Group, details plans for managers to profile potential "troublemakers" who were likely to try to set up unions.

Samsung claimed the document should be excluded from evidence because it did not specify the author, but courts over-ruled that argument.

Once such workers were identified, managers were advised to make them “allies” by offering promotion or raises, or prepare severance packages if they violated company rules or performance was poor.

Samsung affiliates also set up "paper unions" led by pro-management employees, before independent unions could be established, according to the document tendered in court. Until 2011, only one union was allowed for each company under Korean law.

And there were lectures.

Park Jong-tae, a former Samsung Electronics employee, recalls a session where a human resources official claimed Hyundai Motor's powerful union was on strike for more than half of every year and was trying to bring down the company.

“The message was - union activity is bad and globally successful companies don't have unions," Park said.

Samsung Electronics said around 2010 it provided education about major companies' organisational cultures, including some content on labour relations.

"But currently, our company's education programmes do not have labour relations-related content," the company said in the written statement. Park said Samsung fired him in 2010 for reasons including poor work performance, after he posted a note via a company intranet that he wanted to form a union and asking his colleagues to join him.

Samsung Electronics said it dismissed Park for not accomplishing tasks for several years and the legitimacy of his layoff was upheld by the Supreme Court.

Lee Byung-chull, who founded Samsung in 1938, often said “I will have earth cover my eyes before a union is permitted at Samsung” Bruce Cumings, a prominent American historian of Korea, wrote in his 1997 book "Korea's Place in the Sun".

Samsung has since publicly said unions “create unnecessary conflicts” and “it strives to provide superior working conditions so its employees don’t need to form a union.”

Asked about its attitude towards unions, Samsung Electronics said: "The company respects law and principles and legally guarantees workers' establishment of unions and activities on free will."

In a rare move, Samsung Electronics Service in April pledged to turn about 8,000 subcontracted workers into regular staff, and recognise their 1,000-strong union, in the wake of prosecutors' probe into the unit. The deal has yet to be finalised.

“If Samsung changes, that is a big message for the entire corporate sector in Korea," said Kim Sung-hee, professor at Korea University's Institute for Research on Labour and Employment. "It can lead to new unions in the country.”

In February, two Samsung Electronics employees set up a union, according to a labour ministry official, making it as the first such inside the tech giant.

A resurgence of interest in unions has coincided with a string of corruption scandals at large family-owned conglomerates, called chaebol, and growing resentment that the wealth they have created has not trickled down to workers, according to some analysts and polls.

Contract workers, with lower wages and fewer protections, stand to benefit most. One in three jobs in South Korea is now temporary, the highest among OECD countries.

"Some people accused us of trying to become another 'aristocrat' union, because we were also with a chaebol company," said Ra Doo-shik, who leads a union representing more than 1,000 temporary repair workers at Samsung Electronics Service. "But many of us make barely $1,200 (£917) a month and struggle to make ends meet."

Prosecutors recently interviewed Ra and another union official as witnesses in connection with the Samsung union probe, according to Ra and a prosecution official.

Ra believed conditions worsened after he started the union five years ago, because Samsung assigned less work to unionised workers, leading to a drop in hourly income.

Parent company Samsung Electronics did not comment on his claims. Samsung Electronics Service recently said it will "guarantee legal union activities but also resolve the confrontational relationship... and try to work together in a future-oriented way."

Jo, the amusement park restaurant manager, is now back in his job and running a union with only ten members.

“The view that unions are bad is disturbing," he said. "I am continuing to fight so people at Samsung or elsewhere won't have to fear again of forming unions."