By Tom Hals and Tracy Rucinski (Reuters) - A shareholder lawsuit filed on Monday accused Boeing Co's board of doing nothing to investigate the safety of the 737 MAX until the fast-selling plane suffered a second deadly crash in five months. The lawsuit is the latest legal challenge facing Boeing over the 737 MAX crash in Indonesia in October 2018 that killed all 189 passengers and crew and another in Ethiopia that killed all 157 people in March. The 737 MAX has been grounded worldwide since the Ethiopian crash as Boeing seeks regulatory approval for updates to software believed to have played a role in both crashes 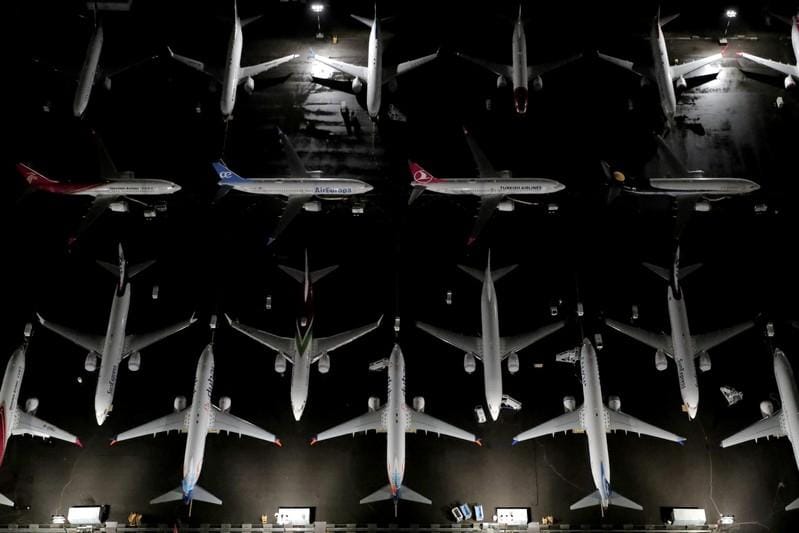 By Tom Hals and Tracy Rucinski

The lawsuit is the latest legal challenge facing Boeing over the 737 MAX crash in Indonesia in October 2018 that killed all 189 passengers and crew and another in Ethiopia that killed all 157 people in March.

The 737 MAX has been grounded worldwide since the Ethiopian crash as Boeing seeks regulatory approval for updates to software believed to have played a role in both crashes.

Monday's lawsuit, filed in the Court of Chancery in Delaware, where Boeing is incorporated, said the first crash was "the biggest red flag an airline manufacturer can face."

The lawsuit, brought by the Kirby Family Partnership, a Boeing investor, alleges the directors breached their fiduciary duties to shareholders and seeks to hold them personally liable for damage caused to Boeing, which could run into the billions of dollars.

The Kirby Family Partnership obtained internal corporate records that show the board did not take action to ensure the safety of the 737 MAX until after the second crash, according to the complaint, which includes numerous redactions.

The lawsuit is a so-called derivative complaint, meaning the shareholder seeks to act on behalf of the corporation to hold the directors and officers liable.

Two other derivative lawsuits have been filed against Boeing's board, both last month. The Kirby Family Partnership also filed one in Cook County, Illinois, where Boeing is headquartered, and individual investor Arthur Isman filed a case in Delaware's Court of Chancery.

Boeing is already defending itself against lawsuits by families of passengers killed in the crashes, by shareholders over the drop in the stock price and by pilots over lost pay.

Airlines with 737 MAX jets are also demanding compensation for the cost of the global grounding, now in its ninth month.

The company is also being investigated by U.S. lawmakers, aviation and transportation authorities and is the target of a federal criminal probe.

(Reporting by Tom Hals in Wilmington, Delaware and Tracy Rucinski in Chicago; Editing by Cynthia Osterman)