Launch of Shanghai-London stock link stalled amid doubts on demand

By Julia Fioretti HONG KONG (Reuters) - A long-awaited link between the stock exchanges of Shanghai and London got close to the launch pad last week, but there was no blast-off. After over three years of talks, everything appeared set for a Dec. 14 launch, with a ceremony in the British capital and a listing by a major Chinese brokerage 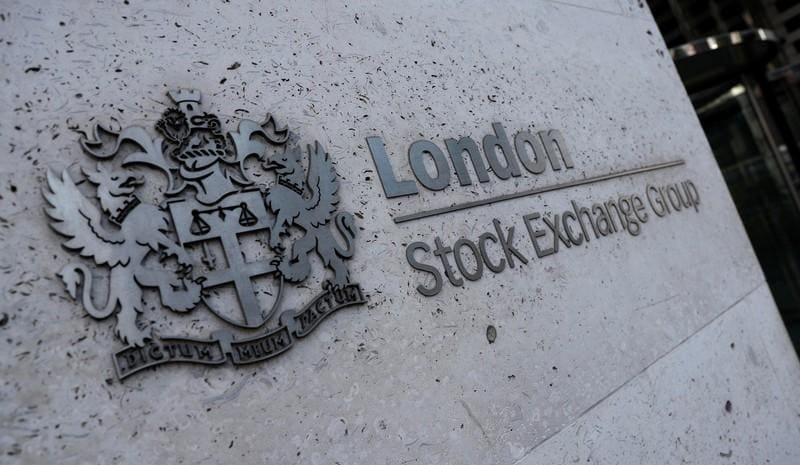 HONG KONG (Reuters) - A long-awaited link between the stock exchanges of Shanghai and London got close to the launch pad last week, but there was no blast-off.

After over three years of talks, everything appeared set for a Dec. 14 launch, with a ceremony in the British capital and a listing by a major Chinese brokerage.

But then it was put on hold, and people familiar with the matter said the postponement of the Shanghai-London Stock Connect would last at least one month.

The London Stock Exchange and Shanghai Stock Exchanges had no immediate comment when asked when the Connect would launch. A person in London knowledgeable about the situation said regulators still needed to nail down some final rules.

The delay highlights difficulties China faces in opening up its capital markets. It carries echoes of Beijing's aborted attempt this year to lure its overseas-listed tech giants home to sell Chinese Depositary Receipts (CDRs). That went onto the backburner after smartphone maker Xiaomi <1810.HK> in June suspended a planned issuance.

The Connect, first promoted by then-British Chancellor of the Exchequer George Osborne in 2015 and taken up by Chinese Premier Li Keqiang, was billed as a way of bringing the fastest- growing capital market in the world together with one of the world's most established financial centres.

It would let companies listed on either exchange sell Depositary Receipts (DRs) - bank-issued certificates representing ownership of a set number of company shares that can be listed and traded independently from the underlying stocks.

The idea was Shanghai-listed companies would be able to raise funds in the UK while British companies could broaden their investor base by selling shares in Shanghai.

In theory, this would build on the successful Connect schemes between Hong Kong and exchanges in Shanghai and Shenzhen that give investors in one access to the other.

But when the London scheme gets under way, it will face doubts about the growth prospects and how much value it can add.

Denting enthusiasm is how international investors already have access to Chinese shares via Hong Kong-listed and New York-listed Chinese companies - as well as the China-Hong Kong Connects.

"Are there going to be many London fund managers who go 'yippee I can now buy straight into Shanghai' when they could already do that through Hong Kong anyway?" said Keith Pogson, global assurance leader, banking and capital markets, at EY.

Nicholas Chui, senior investment manager at Aberdeen Standard Investments in Hong Kong, says that with the "existing pipe" between China and the world through Hong Kong, the story of the Shanghai-London Connect is "probably more incremental than revolutionary".

Another facet dampening British interest in the Connect is that while Chinese companies may raise fresh money selling GDRs in London, under the current agreement UK-listed firms can only issue CDRs backed by existing shares, meaning they cannot raise fresh funds.

Thus, moves by London-listed companies to sell CDRs will be more of a marketing gambit to raise their profile in China.

To Chui, that can be worthwhile.

"For every business that wants to have a piece of China, I think having a depositary receipt in China is a very, very sensible option, both as a marketing tool and as a platform to raise awareness and investor profile over the longer term," he said.

There is interest in the Connect among Chinese firms. The largest shipping group, state-owned COSCO Shipping <601919.SS>, is considering raising capital in London, according to people familiar with the matter.

Brokerage Huatai Securities <601688.SS> <6886.HK> was close to selling Global Depositary Receipts (GDRs), as approved by Chinese authorities, only to postpone it as some technical details were not ironed out.

On the other side, HSBC

Another issue likely to face the Connect will be trading volume. Bankers expect it to be low to begin, pointing to the slow ramp-up for the Hong Kong-China Stock Connects.

"For example, some GDRs of Indian stocks trade only $1 million a day. If an institutional investor wants to build a position of $3 million, the trading could take more than two weeks."

(Reporting by Julia Fioretti; Additional reporting by Samuel Shen in SHANGHAI, and Lawrence White and Huw Jones in LONDON; Editing by Richard Borsuk)