By Sarah White PARIS (Reuters) - Robust demand across Asia and especially in mainland China lifted sales at cosmetics maker L'Oreal in the third quarter, countering fears of a slowdown in the region as young shoppers gravitated towards the French firm's high-end brands. The group beat revenue forecasts for the period by a large margin and confounded expectations for a slowdown from a quarter earlier, even though momentum in Hong Kong faltered as street protests there put off tourists and consumers 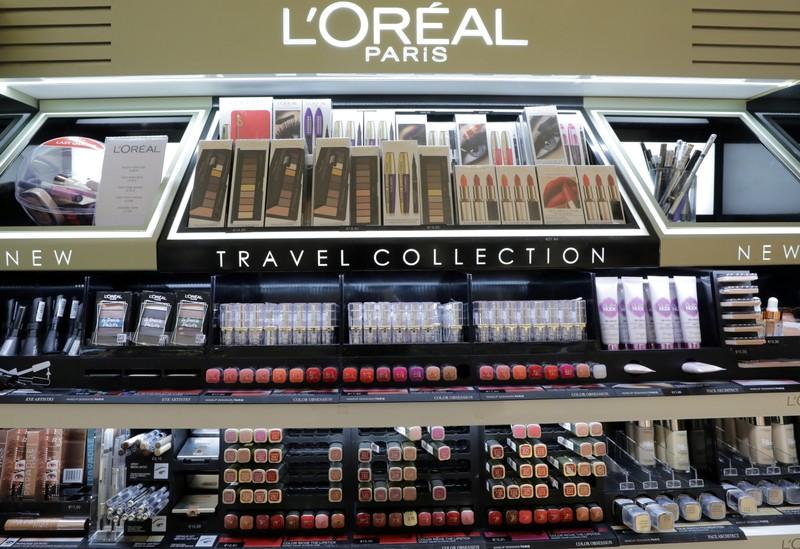 The group beat revenue forecasts for the period by a large margin and confounded expectations for a slowdown from a quarter earlier, even though momentum in Hong Kong faltered as street protests there put off tourists and consumers.

L'Oreal, home to pricier skincare and make-up brands such as Lancome as well as more mass-market labels such as Garnier shampoo, said demand within mainland China was still thriving, and it did well in India and Japan too.

"Of course it was not the same in Hong Kong where the market has really slowed down, but we think we have recovered that in other Chinese regions."

Luxury goods companies and retailers have felt the pinch during months of pro-democracy demonstrations the Chinese-ruled city which also forced shops to temporarily shut their doors.

L'Oreal's Asian sales were up 22.6% on a like-for-like basis, which strips out currency swings and acquisitions - only a touch below the 25.5% growth notched up a quarter earlier.

Overall, the group's third-quarter sales were up 11% to 7.18 billion euros, rising 7.8% like-for-like and far surpassing the 6.3% increase expected by analysts.

"Sales growth remained outstanding," analysts at Berstein said in a note, adding that it was the strongest quarterly pace recorded by the firm for almost 12 years.

L'Oreal is hoping some of its recent splurges on perfume licences - which include those for Mugler and Valentino - could also prove a pocket of future growth in China. Fragrances are still a smaller business there than in other regions, but consumers are starting to develop a taste for them, Agon added.

The United States remained a weaker spot for L'Oreal in the third quarter, as demand for make-up there stalled.

And the group, like Beiersdorf, is still struggling to kickstart its mass-market brands, generally sold in supermarkets, as consumers gravitate towards higher-end skincare alternatives, or quirky new labels.

Both are counting on products incorporating more natural ingredients to attract shoppers to Garnier and Nivea again.

(Reporting by Camille Raynaud in Gdansk and Sarah White in Paris; Editing by Maya Nikolaeva, Timothy Heritage and David Evans)