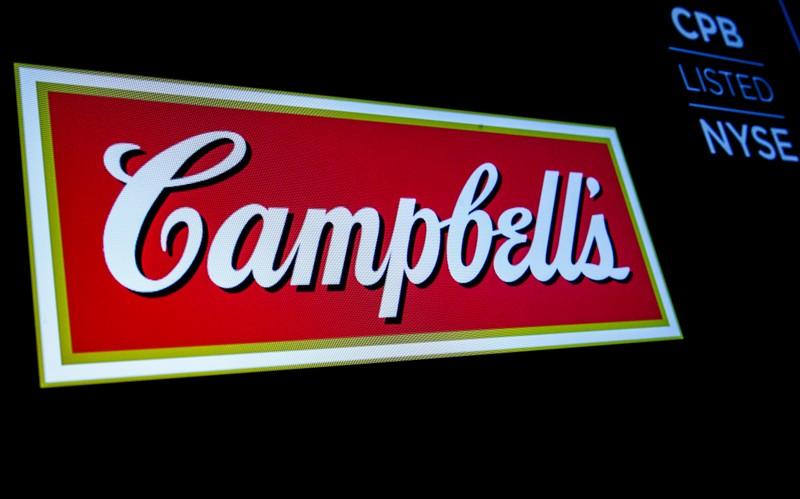 By Greg Roumeliotis and Harry Brumpton

(Reuters) - U.S. food companies Kraft Heinz Co and Mondelez International Inc have been short-listed to participate in the second round of Campbell Soup Co's auction of its international business, people familiar with the matter said.

Both Kraft Heinz and Mondelez are interested in the assets so they can expand their global footprint. Based on the first-round bids received, Campbell Soup could fetch close to $3 billion for its international business, the sources added.

Private equity firms Bain Capital LP, KKR & Co Inc and FinTrek Capital Hong Kong Co Ltd also made the shortlist to participate in the second round of the auction for Campbell Soup's international business, according to the sources.

Nutella maker Ferrero SpA, which had previously also expressed interest in the assets, is currently in talks with Campbell Soup over whether it will remain involved in the auction process, the sources added.

Campbell Soup could wrap up the auction for its international business in the first quarter of 2019, the sources said, asking not to be identified because details of the process are confidential.

Under pressure from investors to boost its profitability and stock performance, Campbell Soup announced in August it would make preparations to divest its international portfolio as well as its "fresh" business, which includes Bolthouse Farms and Garden Fresh Gourmet.

This will allow it to reduce its $8 billion debt pile and focus on its core North American market, as well as its snacks, meals and beverages businesses. Most of the debt weighing on Campbell Soup is the legacy of its $6.1 billion acquisition in March of snack maker Snyder's-Lance Inc.

Last Thursday, Campbell Soup named Mark Clouse, the former CEO of Pinnacle Foods, as its new chief executive, in another key step in the company's efforts to regain market share and boost profits. The pick had the backing of Campbell Soup shareholder Third Point LLC.

In November, Campbell Soup settled a proxy contest against Third Point by agreeing to add two of the activist hedge fund's nominees to the food company's board, and giving the investor a say in selecting Campbell Soup's next CEO.