New Delhi: In fresh troubles for Vijay Mallya, his erstwhile group firm United Spirits on Saturday disclosed Rs 1,225.3 crore worth fund diversion and improper transactions with entities associated with the beleaguered businessman including Kingfisher Air and his Formula One team. 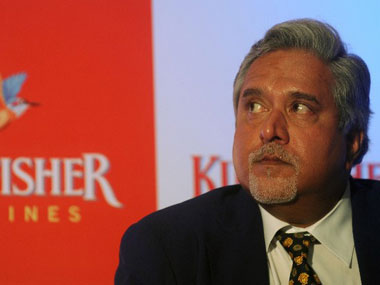 Making it clear that the settlement reached earlier with Mallya would not cover the latest disclosures that came to light after an 'Additional Inquiry', United Spirits -- now controlled by global liquor giant Diageo -- said the former Chairman would be liable for claims over the amount.

Mallya, who has been in UK for months while evading arrest warrant in India, had reached a settlement with USL earlier this year under which he was promised an over Rs 500-crore 'sweetheart deal' to exit the company, including as its Director and Chairman.

Several banks have declared him 'wilful defaulter' for failing to pay back loans amounting to thousands of crores.

At a meeting today, USL Board discussed findings of the additional inquiry it had ordered to plug gaps found in an initial probe launched in April 2015 that showed improprieties in loans worth Rs 1,337 crore given by USL to the entities linked to its erstwhile promoters, Mallya-led UB Group.

The transactions occurred during the review period covered by the additional inquiry -- from October 2010 to July 2014 -- although certain transactions appear to have been initiated in years prior to the review period, it added. These were the periods when UB Group had control over the company.

"These improper transactions identified in the additional inquiry involved, in most cases, the diversion of fund to overseas and Indian entities that appear to be affiliated or associated with USL's former non-executive Chairman, Vijay Mallya," the USL filing said.

The company said its mutual release agreement with Mallya in February this year under which Diageo agreed to pay him $75 million dollars will not cover matters arising out of the additional inquiry.

While the matter is already being probed by markets regulator Sebi and Corporate Affairs Ministry among others, the latest findings of the internal probe are also being reported to the concerned regulators for any further action.

"The USL Board has directed the management to pursue recovery from the relevant companies and individuals and undertake any action, including legal and regulatory as deemed necessary. It should be noted that the February 2016 agreement did not release the former Chairman (Mallya) from any claims arising out of the additional inquiry," a company spokesperson said in an e-mailed statement.

There were no immediate comments from Mallya on this.

USL said the overseas beneficiary or recipients of the diverted funds include entities such as Force India Formula One, Watson Ltd, Continental Administrative Services, Modall Securities Ltd, Ultra Dynamics Ltd and Lombard Wall Corporate Service Inc "in each of which Dr Mallya appears to have a material, direct and indirect interests".

The Indian beneficiaries or recipients of the funds identified by the additional inquiry included, in most cases, Kingfisher Airlines (KFA), USL said.

USL said it will be reporting the findings of its additional inquiry spearheaded by its Managing Director and CEO Anand Kripalu to concerned authorities for further action.

"In light of these findings, and based on the expert advice received, including from senior counsel in India, the board directed that copies of the MD and CEO's report (including the additional inquiry report) be provided to concerned authorities," the company said.

This is being done forthwith and the board has resolved that the company would cooperate with all relevant authorities in relation to these matters, it added.

USL spokesperson said the findings of the additional inquiry relate to "historical matters before Diageo consolidated the USL business in July 2014" and ruled out any further financial burden to the company.

"Based on our understanding as of today, we believe there will be no further material financial implications to USL," the spokesperson added.

Mallya is currently wanted in India and is facing charges of money laundering. A consortium of 17 banks lead by SBI has been trying unsuccessfully to recover dues of over Rs 9,000 crore from now defunct Kingfisher Airlines, which was promoted by him.

Last month the Enforcement Directorate had attached assets worth Rs 1,411 crore belonging to Mr Mallya and one of his companies in connection with its money laundering probe in the the alleged IDBI bank loan default case.

Mallya is currently staying in the UK after leaving India in March this year. His passport has been revoked by the Indian government. He has been indicating against any imminent return to India in the wake of various legal and regulatory troubles.