Kellogg, Mondelez stock up on Pringles, Milka for fear of Brexit

By Richa Naidu CHICAGO (Reuters) - As Brexit looms, Kellogg Co and Mondelez International Inc are taking measures to protect Britons from a potential shortage of Pringles chips, BelVita biscuits and Milka chocolate. With Britain at risk of leaving the European Union on March 29 without a divorce deal - known as a 'hard' Brexit - several big companies have begun to prepare for the disruption that could ensue. Kellogg is opening new warehouses and stocking up on its snacks and cereals, hoping to mitigate damage from friction at the UK border and tariffs on imports, Chief Executive Steve Cahillane said in a recent interview 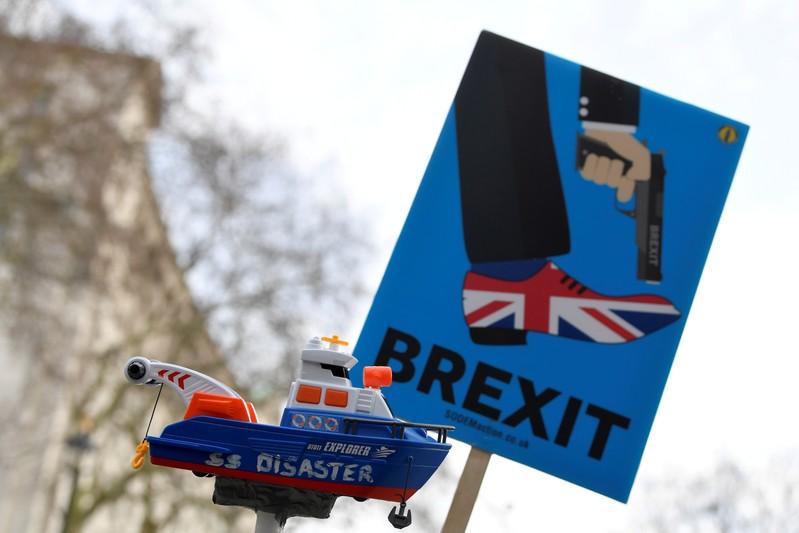 With Britain at risk of leaving the European Union on March 29 without a divorce deal - known as a 'hard' Brexit - several big companies have begun to prepare for the disruption that could ensue.

Kellogg is opening new warehouses and stocking up on its snacks and cereals, hoping to mitigate damage from friction at the UK border and tariffs on imports, Chief Executive Steve Cahillane said in a recent interview.

Kellogg is also working with suppliers to make sure it has enough raw materials at its plants, Cahillane said ahead of CAGNY, a major food and consumer products event held this week in Boca Raton, Florida.

Cahillane said Kellogg's supply chain left it exposed. For instance, Pringles, the UK's No. 2 chips (crisps) brand after PepsiCo Inc's Walkers, are made in Belgium. Pringles, which could last up to 15 months in storage, banked UK retail sales of $342.6 million last year, according to Euromonitor.

In Europe, Kellogg's cereal business - the biggest in Western Europe with a 23.2 percent share of the market last year - is sourced primarily from the UK, Cahillane said. Europe accounted for nearly 18 percent of Kellogg's total sales in 2018.

"In an EU environment that's just fine, but in a customs environment, in a 'hard Brexit' environment, it's going to change and we have to prepare ourselves for that."

Mondelez, meanwhile, is preparing for a 'soft' Brexit, hoping that British and European lawmakers come to an agreement.

Mondelez has increased warehousing and transportation capacity in the UK, and been stockpiling all its European-made products, which include BelVita biscuits and Milka chocolate, Van de Put said.

He added that Mondelez had no plans to raise prices for these products, but that a serious devaluation of the British pound could make European goods very expensive. "This could become a potential issue," he said.

Reuters reported on Tuesday that Britons could face shortages of fresh food, price rises and less variety if the country leaves the European Union next month without agreeing to trade terms.

Earlier this month, Kellogg said $3 million in Brexit planning costs were partly to blame for lower fourth-quarter earnings. This compounded surging input costs that have plagued the packaged food industry over the past year. In addition, Kellogg has been spending more on advertising to boost demand for cereals among health-conscious consumers.

"Everyone has this problem. Kellogg's competitors have it too. Brexit's not their core problem," said Jerry Storch, CEO of Storch Advisors, a U.S.-based consulting firm for retailers and consumer goods companies.

Anglo-Dutch consumer goods maker Unilever said in January that it was stockpiling ice creams in Britain and deodorants in continental Europe to guard against potential supply disruptions in the event of a no-deal Brexit.