By Manas Mishra and Manojna Maddipatla (Reuters) - Johnson & Johnson on Tuesday boosted its 2019 sales forecast amid robust demand for its cancer drugs, but warned that competition from generic and copycat drugs could impact its third-quarter results, sending shares down 1.4% in noon trading. While J&J's pharmaceuticals unit has in recent years cushioned the impact of relatively slow growth in the company's medical device and consumer units, some of its older drugs have been hurt by competition from cheaper copies 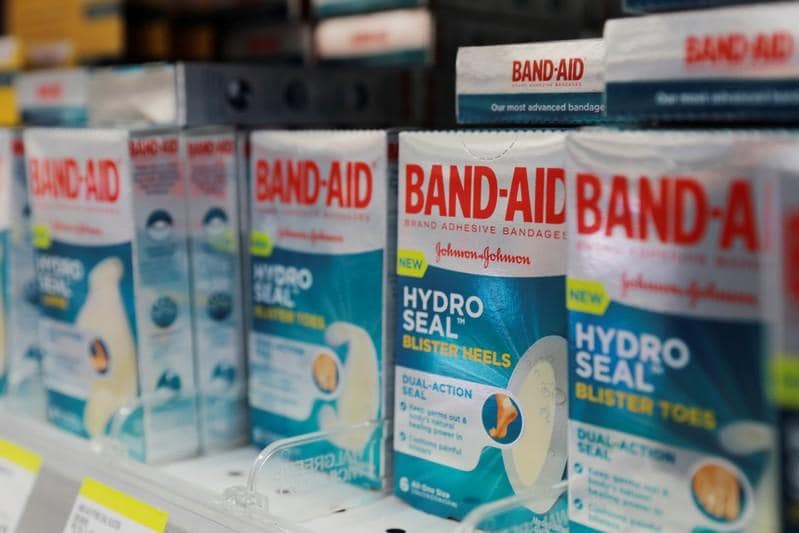 (Reuters) - Johnson & Johnson on Tuesday boosted its 2019 sales forecast amid robust demand for its cancer drugs, but warned that competition from generic and copycat drugs could impact its third-quarter results, sending shares down 1.4% in noon trading.

While J&J's pharmaceuticals unit has in recent years cushioned the impact of relatively slow growth in the company's medical device and consumer units, some of its older drugs have been hurt by competition from cheaper copies.

"We expect the largest impacts from generics and biosimilars for the year in our pharmaceutical business to occur in the third quarter," Chief Financial Officer Joseph Wolk said on a conference call.

Once a drug begins facing competition from multiple generic versions, it can quickly lose more than 80% of sales.

Also weighing on the stock was the company's decision to not raise its full-year earnings forecast, even as sales across all its business units largely beat analysts' estimates.

"We expect questions on the maintained earnings per share guidance but we point to the continued-to-be-improving strength across its franchises despite pharma headwinds," said BMO Capital Markets analyst Joanne Wuensch.

Pharmaceutical sales in the quarter rose 1.7% to $10.53 billion, above analysts' estimates of $10.27 billion, according to three analysts polled by Refinitiv.

The company raised its 2019 forecast for operational sales, which excludes the impact of currency fluctuations, to a range of $82.4 billion to $83.2 billion, from a prior range of $82 billion to $82.8 billion.

J&J took a $190 million charge in the quarter related to litigation over its talc products. Executives on the conference call said this only related to defense costs and did not include liability payments.

The company faces lawsuits https://www.reuters.com/article/us-johnson-johnson-talc-probe/johnson-johnson-faces-criminal-probe-related-to-baby-powder-bloomberg-idUSKCN1U726J involving over 14,000 plaintiffs who allege use of its talc products, including Baby Powder, caused cancer https://www.reuters.com/investigates/special-report/johnsonandjohnson-cancer. J&J repeatedly has claimed its talc products are safe and that decades of studies have shown them to be asbestos-free and that they do not cause cancer.

Excluding items, the company earned $2.58 per share, beating analysts' expectations for $2.46 per share, according to IBES data from Refinitiv.

Sales fell 1.3% to $20.56 billion as growth in the international market helped counter falling sales in the United States. Analysts were expecting sales of $20.29 billion.

(Reporting by Manas Mishra and Manojna Maddipatla in Bengaluru and Julie Steenhuysen in Chicago; Editing by Bernadette Baum)